Looters Getting Bikes On Rent To Commit Crime In Bhubaneswar! 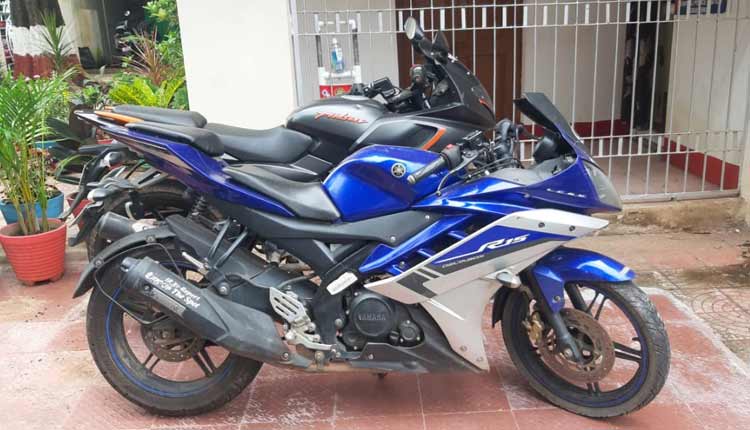 Bhubaneswar: Bhubaneswar police on Sunday busted a looter gang and discovered a new trend of criminals taking two-wheelers on rent for committing crimes like chain-snatching.

The illegal trade came to fore following the arrest of three robbers by Nayapalli police on Sunday.

As per the sources, as many as eight gold chains and two bikes were recovered from the miscreants. The police also arrested two persons for trying to purchase the looted valuables from the robbers.

A press statement by Nayapalli Police stated that the trio was apprehended in connection with a chain-snatching incident that took place on July 1st 2020 under its jurisdiction.

During the interrogation, the accused revealed the fact that the bikes recovered from their possession were brought on rent by them. Cops were taken aback when the miscreants also said that they had made an arrangement with the bike owner to divide the looted materials among them.

Meanwhile, despite Coronavirus pandemic, crimes continue to shock the State capital. Miscreants snatched chain from a girl riding a bike near DN Regalia in Tamando area of the city in broad daylight. Even though the incident happened two days ago, CCTV footage of the incident revealed how criminals are taking benefits of the empty streets during lockdown and are not even reluctant to push people to deathbed.

The video showed that two bike-borne miscreants snatched the chain from the girl and sped on their vehicle leaving the girl injured as she fell down from her two-wheeler.

The girl identified as Pallavi Priyadarshini, a local resident of Tomando has alleged that despite lodging an FIR at police station, the looters are yet to be nabbed.