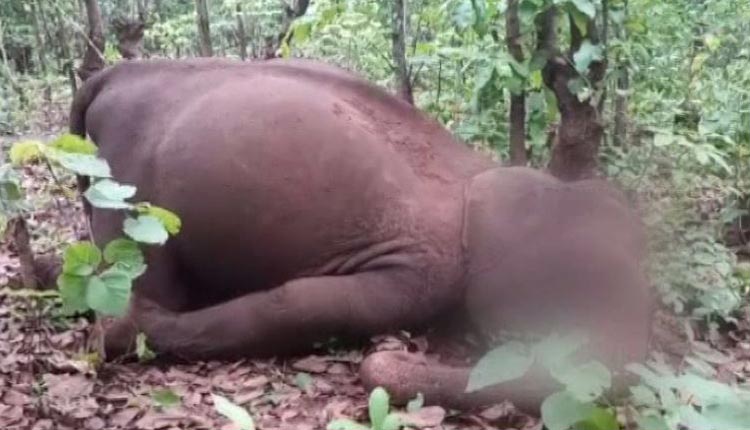 Bhubaneswar: The Principal Chief Conservator of Forests and Chief Wildlife Warden of Odisha, Hari Shankar Upadhyay on Saturday sought a crime branch probe into the deaths of two elephants in Keonjhar and Boudh districts.

Upadhyay informed, “There was a bullet wound on the elephant which found dead in Boudh, while the tusks of the elephant killed in Keonjhar were missing. Both these cases indicate that the elephants were poached by ivory smugglers.”

“Crime branch has the expertise to deal with the crime, so we have requested them to investigate this matter and get to the bottom of the matter,” he added.

Recently, carcasses of two elephants were found in Keonjhar’s Champua range. It was later established that the elephants were electrocuted in a trap laid by poachers. Subsequently, a forester and a forest guard were suspended for dereliction of duty. Locals allege that the failure of field intelligence and lack of patrolling by the forest officials in Champua section is encouraging poaching in the region. Keonjhar seems to have become poachers paradise as the district has reported the maximum elephant deaths in Odisha in the last 10 years.

Similarly in Boudh district, carcass of a tusker with bullet wounds was found recently in Mundeswar reserve forest under Madhapur forest range.