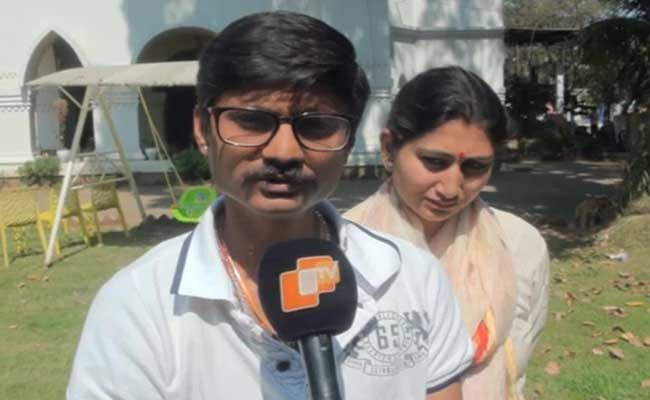 Keonjhar: A king is loved and remembered for the welfare of his people. The magnanimity of  Dhananjay Narayan Bhanjdeo, the scion of Keonjhar dynasty has now become the talk of the town after he recently announced to donate acres of land to people.

The coronation of Keonjhar king was held in a grand ceremony last year. According to reports, a primary school, hospital and other utilities have been constructed on the property belonging to the royal family at Mahadeijoda area in Keonjhar.

As there were no official records, several middlemen and land mafia were trying to usurp such land of the royal family through forged means. However, Dhananjay Narayan Bhanjadeo and wife Sunandini Bhanjadeo announced to donate several acres of land after they came to know about such fraudulent practices.

“After coming to know about such conspiracy, we decided to donate the land for welfare of people. I had sought two things from people before donating land- love and blessings,” said Dhananjay Narayan Bhanjadeo.

“I cannot describe in words how I feel when I see people happy. I have also urged locals to set up a trust so that the land can be registered in the name of the trust. Local MLA has also announced to provide some financial assistance from MLA LAD fund for developmental works here,” he added.

Dhananjay’s wife Sunandini said, “We have got love and affection from people in the district. We have given land and the people need to ensure that they educate their children so that they do not get cheated.”

“The land for public use will be handed over to people for village school, hospital and other purposes and to farmers who have been doing agriculture since ages,” said Keonjhar MLA Mohancharan Majhi.