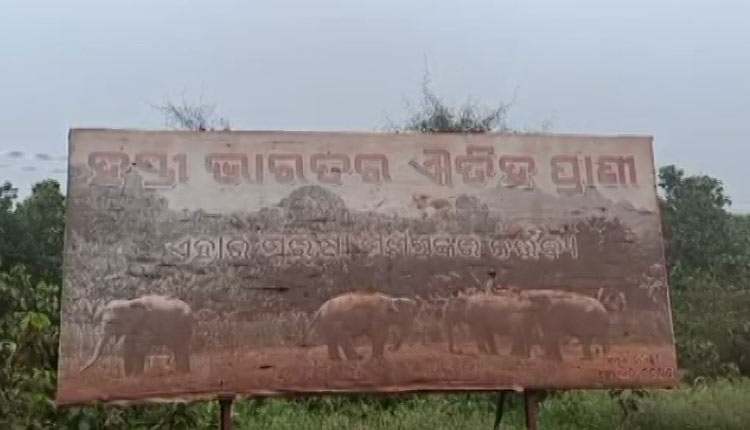 Keonjhar: Odisha government on Wednesday suspended a forester and a forest guard for dereliction of duty after two elephants were found electrocuted in a trap laid by poachers in Champua range of Keonjhar district on June 14.

Joda section forester Pian Nayak and Jurudi beat house forest guard Dolagobinda Deo have been placed under suspension for negligence in duty which led to the death of two jumbos in the region, said a senior Forest Department official.

“Two elephants died in the Joda section on July 14. From the preliminary investigation, gross negligence in duty of the forester and the forest guard was found. And hence, both the personnel have been suspended,” said Santosh Joshi, Keonjhar Divisional Forest Officer (DFO).

Locals alleged that the failure of field intelligence and lack of patrolling by the forest officials in Champua section are encouraging poaching in the region.

As per reports, at least four elephants have died in Champua forest range in the last two months. Besides, death of elephants due to electrocution, especially in Keonjhar, has raised grave concerns as the district reported the maximum such deaths in Odisha in the last 10 years.

In a written reply to a query in State Assembly in November 2019, Forest and Environment Minister, Bikram Arukha had stated that 119 elephants died of electrocution in Odisha during the period 2009-19, with maximum deaths in Keonjhar. As many as 26 elephants died of electrocution in 2019 (till November), with 12 dying after coming in contact with low-hanging wires while 12 others died after getting stuck in the live wire traps laid by poachers, the Minister had said.

In October 2018, seven elephants had died after coming in contact with a low-hanging 11-KV line in Sadar Forest Range in Dhenkanal district triggering public outrage. Following the incident, six officials and a junior engineer of erstwhile CESU were suspended along with three Forest department staff, including the Dhenkanal Range Officer.