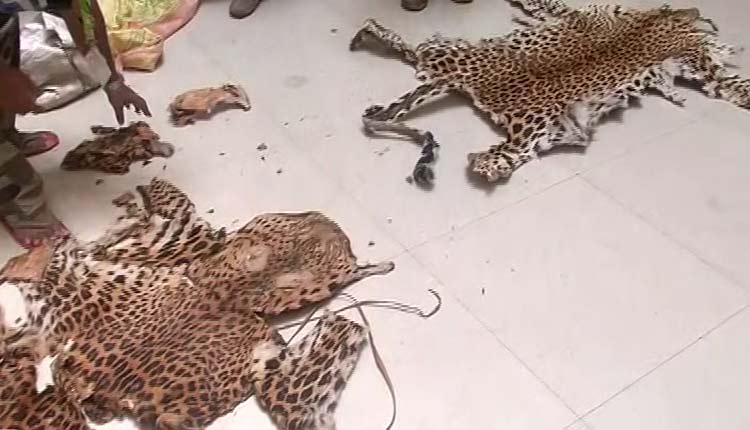 Bhubaneswar: Amid the rising incidents of poaching in the State, a viral video purportedly showing poachers striking a deal to sell leopard hides has raised serious concerns over the safety of wild animals in Odisha forests.

The video purportedly shows Bandhamunda (Nayagarh district) samiti member Laxmidhar Nayak making a deal with a few traders. Soon after the video and a few pictures of the racket surfaced, a Special Task Force (STF) of Crime Branch arrested Nayak from Ranpur area of the district and recovered two leopard hides and around 30 pieces of bones from his possession. STF officials later informed that the accused was arrested when he was on his way to strike a deal for hides and bones.

However, deputy range officer of Ranpur, Sarat Chandra Satpathy said the wild animals are totally safe in the forests under his jurisdiction. “We have no evidence of poaching in our area,” he said.

Hari Shankar Upadhyay, Principal Chief Conservator of Forests, on the other hand said he is yet to receive the Crime Branch report and action will be taken against those found guilty.