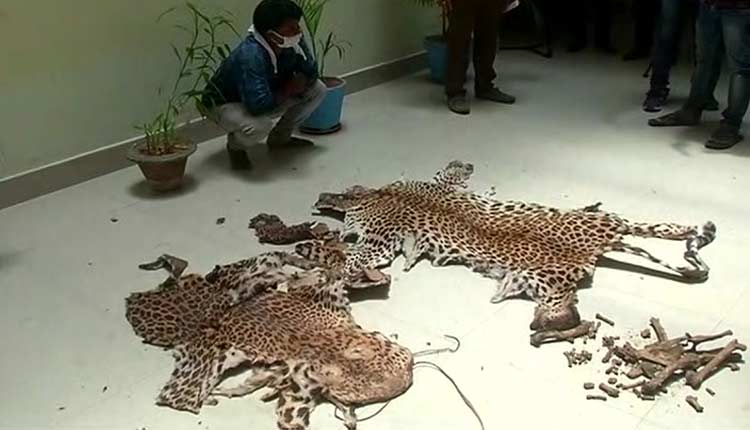 Two leopard hides and bones (30 pieces) have been recovered from the possession of the accused identified as Laxmidhar Nayak.

STF officials informed that Nayak was arrested when he was on his way to strike a deal of the two hides and bones which were in his possession.

SP Prashant Bhoi said that, “We arrested the accused, the mastermind of the racket, following a raid. It is still unclear how the animals were killed and the hides will be sent to Wildlife Institute Lab for examination.”

As both the accused -Pratap Kumar Nayak and Kishore Chandra Dehury also hail from Nayagarh district, it is suspected that the duo has links with the mastermind, Laxmidhar Nayak.

The STF had then seized two leopard hides and two skins of spotted deer and other incriminating articles from the possession of Pratap and Kishore. Later, both of them were booked under Wild Life (Protection) Act, 1972 and produced before Daspalla judicial magistrate first class (JMFC) court.