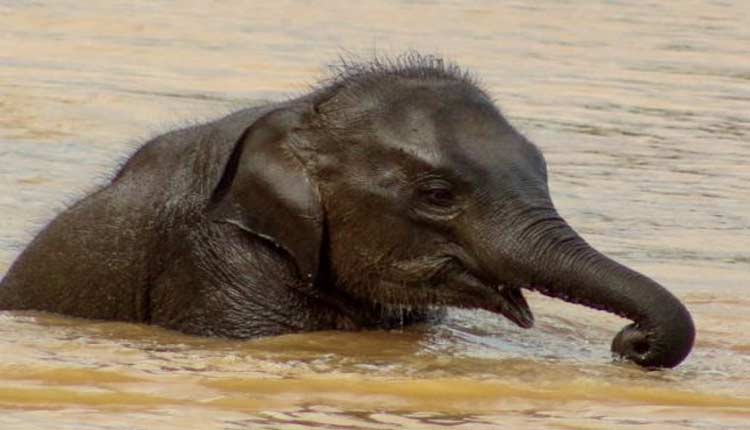 Rourkela: Close on the heels of the death of a pregnant elephant in Kerala after she ate a pineapple filled with firecrackers, carcass of an elephant calf with wound marks has been recovered from Rutukepedi forest under Kuanrmunda range in Sundergarh district on Friday.

It is suspected that some miscreants trapped and killed the calf as the calf bore injury marks. Though the exact reason behind the death of the elephant calf is still unclear, forest department officials have begun investigation into the incident.

“The elephant calf is nearly four months old and the carcass was recovered near a pond in the forest. It is suspected that the animal died one or two days back,” said DFO Sanjay Swain on Friday.

Swain further informed that there are wound marks near the calf’s neck. It is too early to say whether the cut is due to some trap or some other reason. However, further investigation in connection with the incident is underway, he said.

“Post mortem of the elephant calf was conducted yesterday and investigation is on to ascertain the exact reason behind its death. Stern action will be taken against those who will be found guilty in the case,” Swain added.

Meanwhile, Balanda forest guard was suspended while show-cause notices have been issued to Kuanrmunda ranger & Kalunga forestor in connection with the incident, informed Swain.