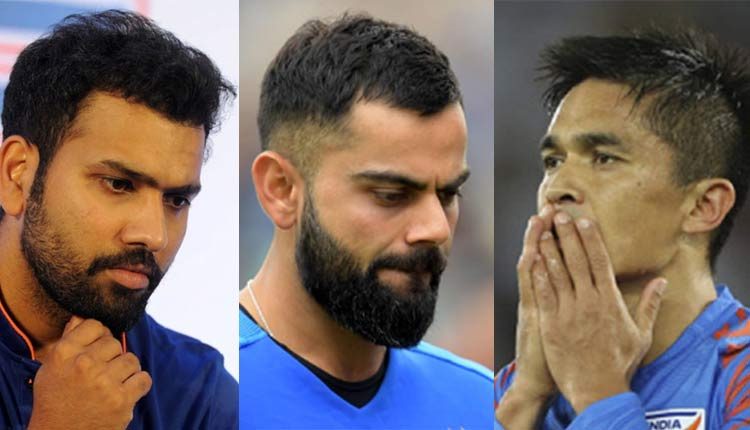 Mumbai: A 15-year-old pregnant elephant fell victim to an inhumane act after a pineapple filled with powerful firecrackers offered by a man exploded in her mouth. This inhumane incident has drawn a lot of attention within the sports community. Sportspersons from all around the world are taking to social media platforms to voice their anger on the barbaric nature of the crime.

Indian cricketer Rohit Sharma on Thursday said it was heartbreaking to hear about the death of a pregnant elephant in Kerala, adding that no animal deserves to be treated with cruelty.

“We are savages. Are we not learning? To hear what happened to the elephant in Kerala was heartbreaking. No animal deserves to be treated with cruelty,” Rohit said on his official Twitter handle.

Several sportspersons, including the likes of Virat Kohli, Saina Nehwal, Sunil Chhetri and others, have expressed shock and anguish over the incident.

Former England batsman and animal activist Kevin Pietersen has expressed his ‘disgust’ over the inhuman incident where a pregnant elephant was fed pineapple stuffed with firecrackers in Kerala.

“DISGUSTED with the images I’ve been sent from India overnight over the senseless brutality of this mummy elephant. Why would someone do this?!?! Just why?!?” Pietersen posted on Instagram with photos of the dastardly incident.

India’s Test vice-captain Ajinkya Rahane said on Twitter: “We need to be a lot better in the way we treat these innocent creatures. Really ashamed of this cruel act and hope this makes everyone realize the importance of being kind towards animals and act like a human.”

On Wednesday, Indian cricket captain Virat Kohli was among several sportspersons who took to social media to express shock over the incident.

Appalled to hear about what happened in Kerala. Let’s treat our animals with love and bring an end to these cowardly acts. pic.twitter.com/3oIVZASpag

Star shuttler Saina Nehwal condemned the act by replying to People For Animals India’s post on the brutality. “So sad to know this,” Saina said.

Indian football team captain Sunil Chhetri called the perpetrators of this as “monsters”.

She was a harmless, pregnant Elephant. That makes the people who did what they did, monsters and I hope so hard that they pay a price. We keep failing nature over and over again. Remind me how we’re the more evolved species?

The Kerala Forest Department has launched a ‘manhunt’ for those responsible for the death of the elephant.

Minister of Environment, Forest and Climate Change Prakash Javadekar also took to Twitter on Thursday and said: “Central government has taken a very serious note of the killing of an elephant in Mallapuram, Kerala. We will not leave any stone unturned to investigate properly and nab the culprit(s). This is not an Indian culture to feed firecrackers and kill.”

The incident has attracted huge condemnation on social media, where various posts showed the mother elephant saying it was her fault to trust the human race, while the unborn child in her womb kept asking: “What is my fault, Ma?”

It couldn’t have been more cruel for April: Woman beats pregnant dog to death, complaint lodged