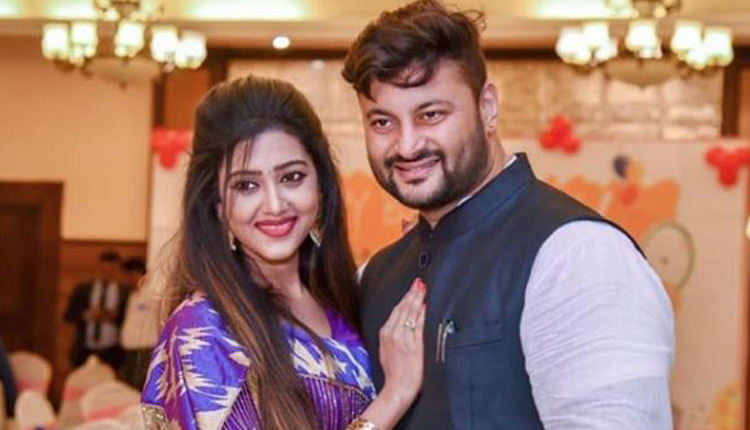 Cuttack: Actor and Biju Janata Dal (BJD) MP Anubhav Mohanty on Thursday sought more time from the Cuttack Sub-divisional Judicial Magistrate (SJDM) court to file his response on the domestic violence charges levelled against him by his wife and Ollywood actress Varsha Priyadarshini.

Anubhav was represented by his lawyer in the SDJM court on Thursday.

The SJDM court had on October 12 directed Mohanty to file his reply in connection with the case and scheduled the next hearing on the matter on November 12.

Meanwhile, the next hearing on the domestic violence case has been scheduled for December 18.

Varsha Priyadarshini had filed a domestic violence case at the Court in Cuttack on August 7 accusing the BJD MP of torturing her physically and mentally. Prior to that, Anubhav had filed a divorce petition at the Patiala House Court in Delhi on July 6.

Later on September 19, Varsha had moved the Supreme Court seeking transfer of the divorce petition filed in the Patiala House Court to the Family Court in Cuttack on grounds that it was difficult for her to travel to Delhi court multiple times to attend the hearings.

Hearing the matter, a single bench of Justice Hrishikesh Roy, issued stay over the proceedings on the divorce suit filed by the Parliamentarian and referred the case to SC Mediation Center while serving notice to both the parties to initiate mutual discussion.

Earlier, political parties had turned the heat against the Kendrapara MP with the state unit of the BJP Mahila Morcha demanding resignation of the Parliamentarian. “This indicates how women are becoming insecure in the State. We strongly condemn the incident,” BJP Mahila Morcha leader, Smruti Pattnaik had said.