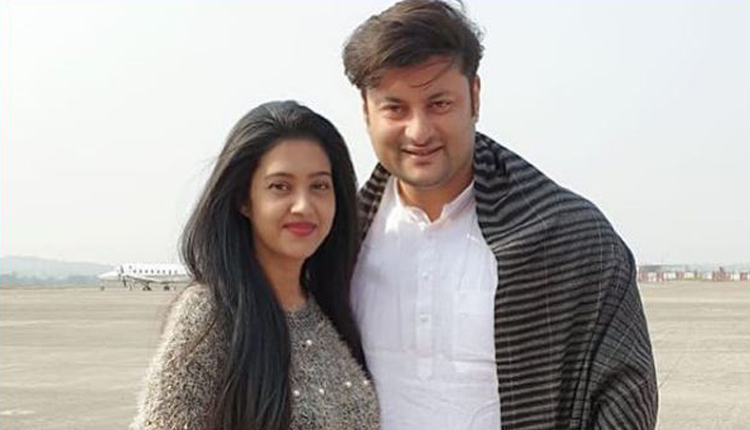 Delhi: In a new development into the marital discord between BJD MP from Kendrapara, Anubhav Mohanty and Ollywood actress Varsha Priyardarshini, the Supreme Court on Friday issued stay order over the proceedings on the divorce suit filed by the parliamentarian at the Patiala House Court here.

A single bench of Justice Hrishikesh Roy hearing the matter further referred the case to SC Mediation Center while serving notice to both the parties to initiate mutual discussion into the matter, informed Anubhav’s counsel Ashwani Dubey while speaking to OTV.

Earlier on September 19, Varsha Priyadarshini had moved the Supreme Court seeking transfer of the divorce petition filed by her husband Anubhav in the Patiala House Court in Delhi to the Family Court in Cuttack on the grounds that it is difficult for her to travel to Delhi court multiple times to attend the hearings.

However, the Patiala House Court last week served notice to Varsha asking her to appear before the court on December 10.

In a related development, the Sub Divisional Judicial Magistrate (SDJM) Court in Cuttack October 12 issued notice to Anubhav in a complaint filed under the Protection of Women from Domestic Violence Act by the actress.

The court issued the notice based on the report of the district protection officer and posted the hearing of the case to the second week of November.

Notably, Varsha had filed a domestic violence case at the SDJM Court in Cuttack on August 7 accusing her husband of torturing her physically and mentally. Prior to that, Anubhav had filed a divorce petition at Patiala House Court on July 6.