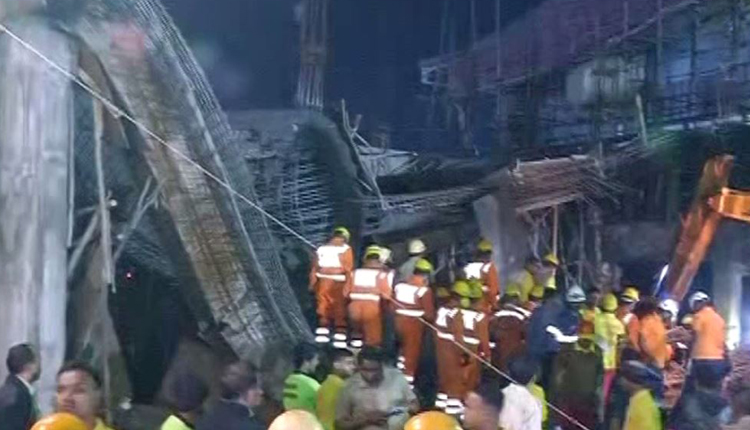 Bhubaneswar: The construction work of the ‘collapsed’ link building of Biju Patnaik International Airport in Bhubaneswar finally resumed after some 7-odd months following grant of permission by the court.

The concerned firm has recommenced construction work after a detailed probe in this regard. The incident which happened on the night of January 24 had left one person dead, apart from injuring a couple of other workers.

Speaking on the resumption of work, airport director VV Rao said, “Whatever is possible will be done as per the terms and conditions of the contract. The existing terminal is being used for integrated arrival/departure of domestic and international flights. As soon as the link building is constructed and made functional, the other terminal will handle all international arrivals and departures.”

Hours after the roof-collapse incident, the Commissionerate Police had arrested four persons in this connection including the chief of the firm engaged in construction of the link building. As per police sources, Dillip Khatei, chief of Dillip Constructions Pvt Ltd executing the construction work; an AGM of Airports Authority of India Asish Sarkar and two engineers were arrested.

One of the officials of the construction firm had said that the roof collapsed due to overload. “All safety measures were taken and the workers were wearing all safety gears. The mishap occurred when the workers were returning.”

Kiren Rijiju: India Will Be Among Top 10 By 2028 Olympics