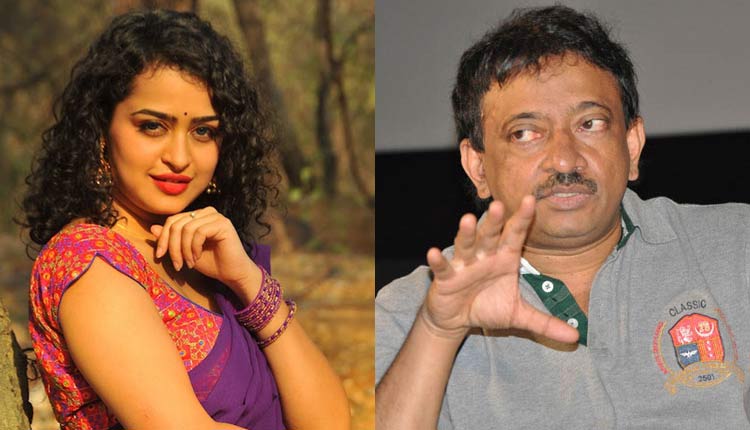 It is not clear if Ram Gopal Varma aka RGV planned it that way. But there is little doubt that he got what he wanted in the first place: plenty of free pre-release publicity (which is like gold dust) for his upcoming flick “Thriller” starring Our Very Own Anketa Maharana, now rechristened ‘Apsara Rani’ by his mentor.

But what this column wants to focus on is not what RGV or his latest find achieved or did not achieve in the process. Instead, it would dwell on the propensity of us Odias to get easily worked up into a fury and start breathing fire at every real or perceived – more often than not, the latter – slight to Odia pride! The ugly spat over the rather trivial incident involving RGV, mostly on social media, has refreshed the question that has been bugging this columnist for quite some time now. Why do we Odias have such a thin skin and a short fuse??

The perusal of our past record makes it abundantly clear that this was not a one-off incident. We have seen it when ‘our very own, but never quite our own’ Sona Mohapatra made mincemeat of ‘Rangabati’, the cult folk song in Sambalpuri language originally rendered by Jitendriya Haripal and Krishna Patel back in the 1970s. The same crooner was at the receiving end of barbs from outraged Odias again a couple of years ago when she allegedly took unacceptable liberties with ‘Bande Utkala Janani’, now officially designated as the state song. The same Odia streak was in evidence when hundreds of Odias trolled Abhijit Iyer-Mitra, the Delhi based ‘defence analyst’ who loves nothing more than being trolled, for some allegedly derogatory references to Odisha’s culture, tradition and religion. Together, these three incidents, besides numerous other lesser-known or now forgotten ones, leave no room for doubt that we Odias work up into a frenzy very easily.

At one level, it could be a lack of confidence in a race justifiably proud of its glorious past but still unsure of and finding its feet in the present scheme of things at the national level. Notwithstanding our enviable achievements over the last few decades, the rest of the country still views Odisha as a land of poverty, misery and worse, battered by alternate bouts of floods/cyclones and droughts almost every year. For all our achievements, our status has continued to oscillate between the ‘poorest’ and the ‘second poorest’ in every poverty assessment till date. The perception of outsiders thus is not entirely unfounded. And it shows in the way others view us. You have to stay in New Delhi for a while to realise that our status at the national level is no better than that of the northeastern states despite the rapid and considerable strides we have taken in many fields over the last few years. Hence, we get outraged rather easily when someone says or does something that remotely appears to make fun of us – and reminds us of our status at the national level in the process!

Talking about the present incident, the best response to RGV’s deliberately mischievous tweet, while promoting his new heroine, on July 6 would have been to ignore it. And deny him what he set out to achieve in the first place – free publicity – in the process. After all, if RGV hasn’t heard about ‘Orissa’ since the ‘hurricane’ in 1999, it speaks of his own ignorance rather than any lack of achievement on the part of the state or its people. The maker of ‘Satya’ was only making fools of himself in saying what he did. But we just could not resist the temptation of launching what ultimately turned out to be a concerted tirade against the filmmaker and his newly famous ward, the latter for her alleged failure to defend the state enough!

When shall we Odias learn that there are people out on the Twitterverse, who crave trolling? They say (and do) things, deliberately and consciously, that are guaranteed to provoke outrage. They also know the more outrageous the comment, the more vicious and wider is the reaction. They derive vicarious pleasure out of being at the centre of attention, even if only of the hostile kind. (As the advertisement jargon goes, “Any publicity is good publicity!”). Thus, we are playing straight into the hands of such people when we join issues with them, troll them and launch a concerted campaign against them on social media.

So, the next time you feel outraged over some seemingly derogatory comment on Odisha, its land, its people, its art, culture and tradition or lifestyle, think again. Deny the ‘enemy’ what he wants: plenty of attention!