Column: ‘Lockdown’ Isn’t Such A Terrible Thing After All! 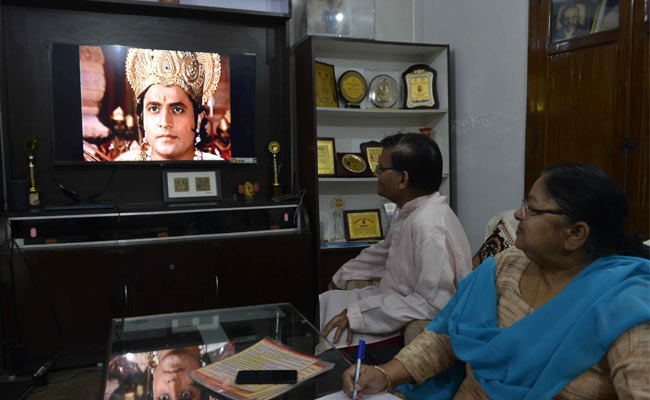 Come to think of it! The 21-day countrywide ‘lockdown’ in force since March 23 hasn’t been such a terrible thing after all! Please have patience as I explain just how!!

Cut back to the first week of May, 2019 and imagine the state we, the people who had the misfortune of living on territory that bore the brunt of Cyclone ‘Fani’ that had just left a trail of devastation, were in. There was no power for close to a week even in large parts of the Smart City of Bhubaneswar, longer in certain areas. In the most affected villages of Puri district, it took several weeks for power to be restored. The city slickers were getting impatient with the absence of power, water, telephone, internet, even provisions. Fly by night generator operators were doing roaring business, charging as much as Rs. 2, 000 for an hour, 10 times the rate in normal times, to lift water to the overhead tanks. Those who could afford it even booked rooms in premium hotels of the city to beat the May heat with AC! Not far from the city, villagers in Puri, their roofs blown away by ‘Fani’, were roasting in their makeshift polythene shanties. The less fortunate stared at the scorching mid-day sun with naked eyes.

With most trees gone, cities, towns and villages wore a ghastly look. It was painful to see decades old fruit-bearing, shadow-giving trees lying sprawled, their mammoth roots turned upwards, blocking the nearby road. There was nowhere for a pedestrian to seek temporary solace under shade to escape the heat. The loss of livelihood, especially in the villages of Puri, was immense. A year down the line, some of them are yet to recover from the destruction they suffered at the hands of the cyclone.

Read: Column: To Reveal Or Not To Reveal!

Now, cut to the first week of April, 2020. And we don’t even have to imagine the state we are in because we are all living right through it. Power has not gone off at all. Nor has water supply been disrupted even for a day. There is no dearth of essential supplies in the market though procurement is a bit of a hassle. And except for some non-essential items like cigarettes, gutkha, liquor and other excise stuff, the prices of commodities haven’t gone through the roof either. Moreover, municipal or local authorities are committed to providing essential items at the doorsteps with a mere call. Phones and internet are working just fine. Petrol bunks are open (except for the two-day shutdown in Bhubaneswar, Cuttack and Bhadrak). Livelihoods have, of course, been affected as they invariably do in times of disasters, but governments, civil society organisations have come forward to provide them subsistence to live through these difficult times. The white-collar workers, however, are enjoying the rare privilege of enjoying a long paid leave!

That is not all. With no vehicular or industrial pollution, we are literally ‘breathing easy’ after ages. [The other day, I saw on TV visuals of the magnificent Himalayas captured from a place as far off as Jalandhar!] Families are rediscovering the pleasures of spending quality time together, eating together, talking together, watching Ramayan and Mahabharat together and so on. While vacations and visits to parks and malls are not possible, there is plenty to keep oneself gainfully engaged. Cobwebs are being cleared; shelves, cupboards and attics are receiving some long-delayed attention and getting a facelift; finishing touches are being given to sundry household and professional jobs for which one rarely found time before Corona. There has, of course, been a flip side to it in the sense that incidents of domestic violence have reportedly gone up since the lockdown kicked in. But in my view, it must be happening in families where domestic violence was a reality anyway. The nostalgically inclined are going down memory lane and fishing out old books, pictures and songs as part of the effort to relive the past. The creatively inclined are taking out their paints and brushes, their musical instruments and writing pads and so on.

All that is asked of us is to stay indoors, not venture out and when we have no option but to go out, maintain ‘social distancing’ at all times and wash our hands frequently. Is that such a big ask?

So, what exactly are we cribbing about? Why can’t we just stay at home and insist on playing footsie with the police, who are trying to enforce the ‘lockdown’ strictly and get thrashed, asked to do sit ups and get humiliated in public? Staying indoors anyway is something that your family members always wanted you to do, isn’t it? Maintaining ‘social distancing’? We could lose our lives – and endanger the lives of others, including oour family members – if we don’t. Hand washing? Is that such a terrible thing to do?

So, let’s stop complaining and start doing what everyone from World Health Organisation (WHO) to Govt. of India to our very own Govt. of Odisha and the doctors’ fraternity are requesting us to do multiple times a day. And look for the best way to use this forced confinement to do things we never got the time for.

Coronavirus Patients In Odisha Will Be Treated ‘Only In COVID19 Hospitals’