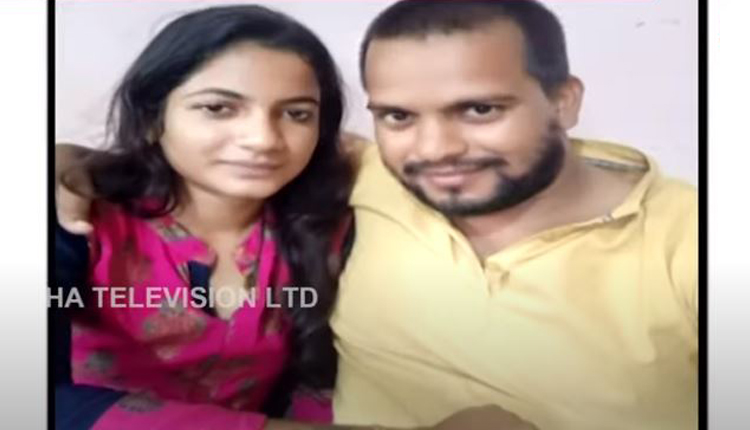 Bhubaneswar: Was the death of social activist Aditya Dash a case of murder or suicide? While the mystery has put Odisha Crime Branch in a fix for over a month now, the lady being tagged by Aditya’s family as a ‘psycho woman’ broke her silence rejecting outright all the ‘baseless claims made by family members of Aditya’, giving another twist to the unsolved riddle.

Chinmayee Mohapatra, the woman in question, refuted the allegations that she was in a one-sided affair with Aditya. She further went on to say that Aditya was in a relationship with her and wanted to marry her. “The pictures we have clicked together is proof that my love wasn’t unrequited. We had met on Facebook and eventually the bond grew stronger. He had talked with my mother over the phone regarding our marriage. My family was not against it but we needed some time given the circumstances that my father had just passed away.”

Chinmayee said, “If he did not like me, why would he ask for marriage? Till last December it was all fine, but he started distancing himself from me from January. I even tried to find out the reason for the break-up. But after his marriage, I never contacted him.”

However, I am going to file a case against all those who tagged me as a ‘psycho’, the woman said, adding that she had never experienced mental or psychological issues.

I am sure Aditya hasn’t committed suicide; he cannot because he himself used to motivate others not to commit such mistakes, the supposed ex-girlfriend of Aditya added.

Even Aditya’s friends and relatives had alleged foul play and refused to accept that Das, known for his inspiring talks and encouraging acts, could ever commit suicide.

It is also being said that one Bismit Dash, who happens to be a close friend of Aditya, had met Chinmayee in Balasore where she had reportedly opened up about her mental conditions, which Bismit allegedly passed on to the Crime Branch. “We had just mentioned that there is involvement of a psycho woman without having revealed anyone’s name. We never said it was Chinmayee. She (Chinmayee) is doubting me after the psycho angle unfolded,” said Bismit.

Aditya’s social foundation ‘People For Seva’ also acknowledged that both he and Chinmayee were in a relationship. Member of PFS Pappu cleared the air that Chinmayee was not a psycho. “She was well-behaved and a normal person like all others. But I cannot say about her mental condition post Aditya’s marriage with Bidyashree,” said Pappu.

Odisha Government To Set Up Bulk Drug Park At Gopalpur