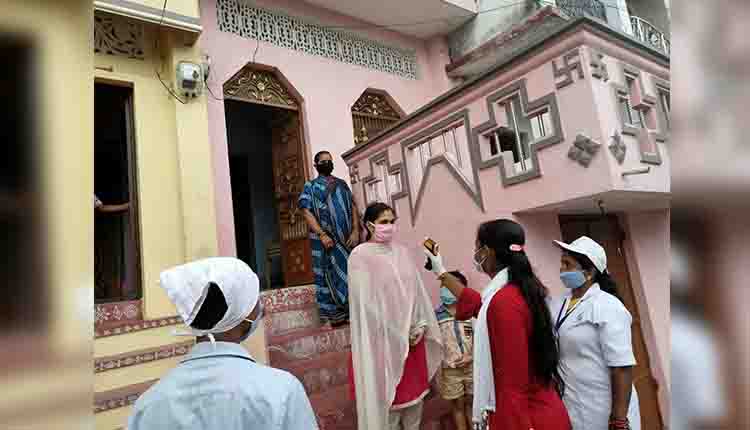 Keeping in view the surge in COVID-19 positive cases, District Magistrate Vijay Amruta Kulange has directed to impose shutdown in all town areas from till July 13.

During the period, health workers will be conducting door-to-door health screening of more than 7 lakh people residing in the region.

“Door-to-door Health screening will start from 9th to 13 July. It will be conducted through 200 doctors team. BeMC, all NAC, Block headquarters GP will be covered. More than 7 lakh people will be screened.” Ganjam district administration informed in a tweet.

Ganjam district administration has requested general public to cooperate with the health officials in the process and not to hide symptoms during screening.

In another tweet, Ganjam district administration said, “All government offices, Banks in urban area will be closed for public during the shutdown.”

All government offices, Banks in urban area will be closed for public during shut down . @CMO_Odisha @SRC_Odisha

In addition to this, OPD facilities in MKCG Medical College and Hospital in Berhampur have been shut for general patients, though the administration has allowed essential services in the district during the 5-day shutdown.

On the other hand, the border of the district adjoining Khurda and Nayagarh has been sealed to limit the movement of people to and from the region.

Furthermore, halting of passenger trains in all stations has been restricted in view COVID19 spread. At the behest of government of Odisha, East Coast Railway has decided to close all railway stations for public entry in Ganjam.

Express trains including Bhubaneswar – Mumbai special train will not make halt in Balugaon, Chatrapur and Berhampur stations. Likewise, stoppage of Howrah- Secunderabad train has been cancelled at Balugaon and Chatrapur.