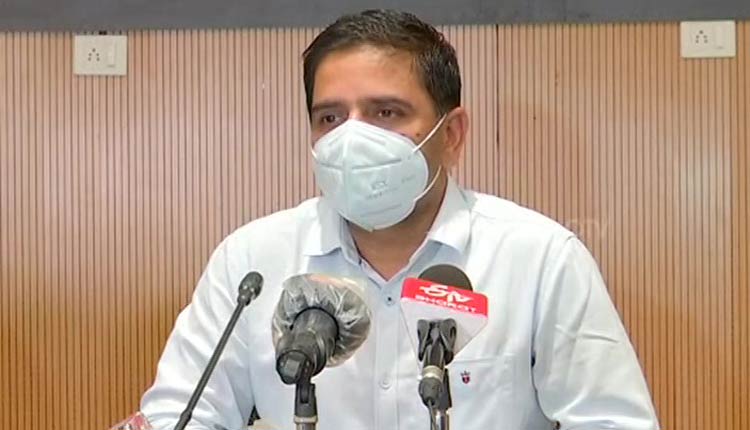 Berhampur: For a hassle-free door-to-door Covid-19 screening in Ganjam, Collector Vijay Amruta Kalunge on Tuesday declared shutdown in all urban local bodies (ULBs) of the district from July 9 to July 13.

In a press briefing, Kalunge said that a total of 200 teams have been formed comprising at least a doctor and two Anganwadi workers to carry out screening in the area. Each team needs to do a screening of at least 150 households.

“The total number of families in our NAC areas is 59,220, while 72,000 families under Berhampur Municipal Corporation (BeMC). The total population in the NAC area is 30,6391, while the same under the BeMC is around 4 lakh,” he said.

Another door-to-door surveillance will be launched in urban areas with focus on:

Out of the 200 teams, 100 teams will be at work in the BeMC area while the remaining teams will carry out screening in other ULBs.

“We are planning quality screening and give quality time for that purpose. So, every family members must be at their house during the screening. For a hassle-free movement and to avoid any disturbance during the process, we have decided to shut down urban areas of Ganjam- BeMC, NACs, Hinjilicut Municipality and block headquarters like Dharakote, Sanakhemundi, Jagannath Prasad, Sheragada and Patrapur, from July 9 to July 13,” informed Kalunge.

He further advised people not to hide the COVID symptoms stating that a few deaths reported from the district due to such acts.