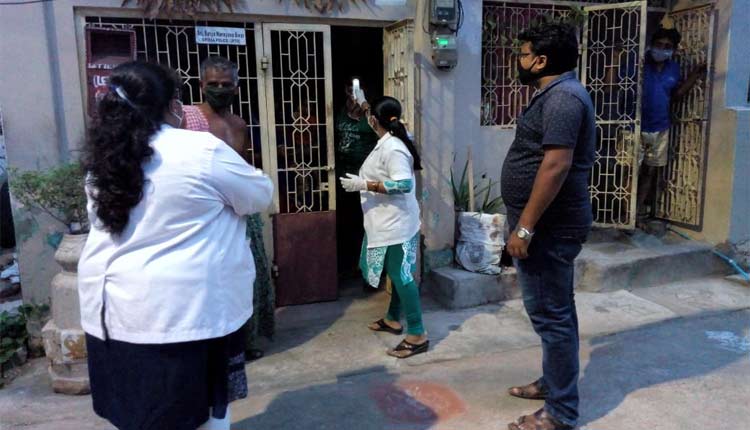 Bhubaneswar: Odisha on Tuesday breached the 10,000-mark in COVID-19 cases with the highest single-day spike of 571 infections. With four more casualties in the past 24 hours, the death toll due to the disease in the State also increased to 42.

While three deaths were reported from Ganjam district, the fourth victim hailed from Cuttack. The State’s case tally now surged to 10097, according to State Health Department.

1. Male of 80 years of Cuttack district from Prostate Cancer with metastasis.

2. Male of 45 years of Mayurbhanj district from Cancer of Esophagus.

Of the total cases detected in last 24 hours, 403 cases were reported from quarantine centres while 168 were local contacts.

The highest number of 273 cases were reported from Ganjam followed by 56 in Gajapati, 51 in Sundergarh 37 in Khurda, 29 in Cuttack and 28 in Balasore.

A total of 5546 RT-PCR tests were conducted in the State in last 24 hours. The active cases now stand at 3557 while 6486 patients have recovered from the disease so far.

The State took 114 days to reach the 10,000-mark of Covid-19 positive cases since the first case was reported on March 15 after a youth who returned from Italy tested positive for the virus in Bhubaneswar.