The applauding act of the bus driver, identified as Sunil Kumar Mohanty, saved the lives of many.

Fire broke out at Mundka building during motivational programme on second floor: Police

4 killed, over 10 injured in separate road mishaps in Odisha

12 labourers killed in wall collapse at factory in Gujarat

Setting an example of exemplary bravery, the driver of a bus that met with an accident managed to save the lives of several injured passengers with his proactive action and presence of mind. Instead of fleeing the spot after the bus veered off into a ditch below the road following a collision with a truck, the driver managed to drive the vehicle straight to a hospital with several injured passengers on board.

As per reports, the bus carrying more than  20 passengers was crossing the Bangiriposi ghati in Malkangiri in the afternoon when the incident occurred. A truck, driven from the opposite direction hit the middle of the bus while crossing, following which the bus slipped off the road. A major part of the bus was extensively damaged in the accident injuring the passengers. 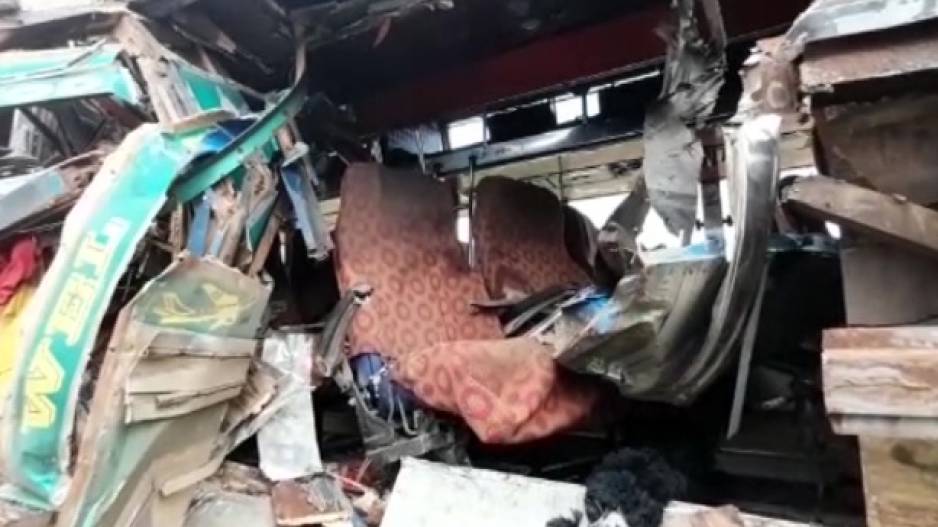 However, unperturbed by the sudden mishap, the bus driver kept his cool and drove the damaged bus into a healthcare centre in Bangiriposi. The injured passengers were offered immediate medical attention at the hospital.

Of the 20 passengers on the bus, 3 persons are in critical condition while one succumbed to the injuries.

The applauding act of the bus driver, identified as Sunil Kumar Mohanty, saved the lives of many.

"While I was driving the bus up in the ghati, I could see a speeding truck which was around 200 mtrs away, coming towards us. It seemed the truck's brakes failed. If I  had stopped the bus, the truck could have hit us head-on and the bus would have tumbled down into the ravines. Therefore, I pressed on the accelerator and swivelled it into a ditch beside the road. As a result, the truck hit the middle portion of the bus," said Mohanty.

Meanwhile, the truck turned turtle in the accident and the driver got trapped under the vehicle. One of his hands has been severed in the accident. The truck driver was later rescued by a fire brigade team with the help of an earth mover. He was rushed to the hospital for emergency medical attention and treatment. 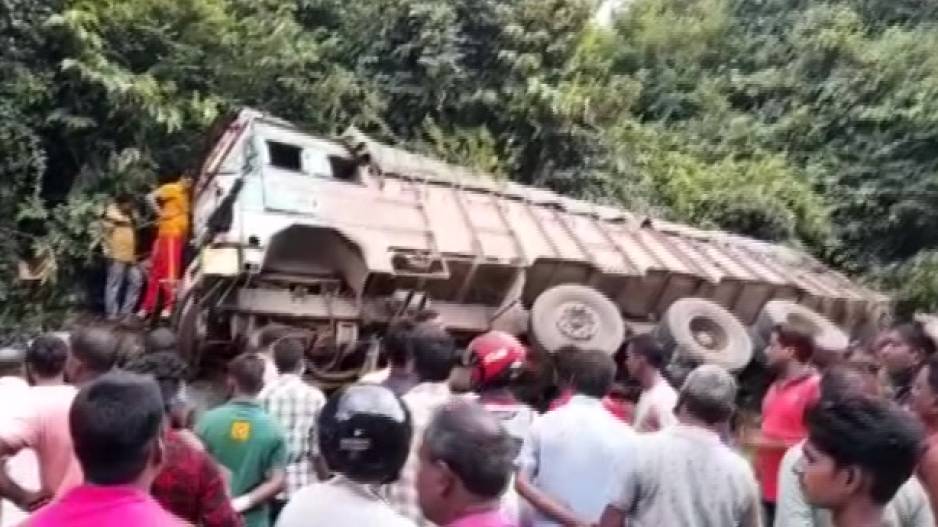