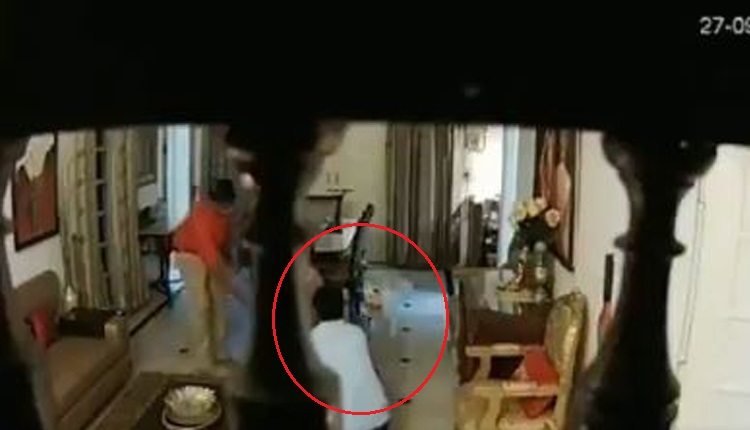 Bhopal: Through a terse order on Monday, the Madhya Pradesh government “transferred and removed from duty” the Special Director General of Police (public prosecution), Purushottam Sharma, after a video of him assaulting his wife went viral on social media. The government didn’t announce Sharma’s new posting.

The incident took place on Sunday when Sharma’s wife reportedly found him with a female friend, which led to a heated argument between the two.

He is senior IPS officer from MP. Showing bravery on his wife. She had caught him with other women. In the video only dog seems to be disturbed due the incidents. pic.twitter.com/iXeKTNoQI3

Sharma’s son, Partha, a senior officer in the Indian Revenue Service (IRS), is said to have made the video and uploaded it on social media. Partha is said to have lodged a complaint with Madhya Pradesh Home Minister Narottam Mishra. The minister confirmed receiving the complaint and said the matter was under consideration.

In the video, Sharma, a 1986-batch IPS officer, could be seen beating his wife after pinning her down on the floor. Two other men in the house could do little to stop the assault. The Special DG was heard yelling at his wife while she cried for help.

The Chairperson of the State Commission for Women, Shobha Oza, took suo motu cognisance of the incident and appealed to the government to register a case against Sharma and take strict action.

“If those tasked with ensuring the maintenance of law and order violate it themselves and a video of the incident goes viral on social media, the government need not require a complaint to act,” she said.

On his part, Sharma said it was his personal matter and he would deal with it. “There is no place for a fight in a family. If my wife has problems with me, why is she putting up with me? My married life of 32 years is troubled. My own people are shaming me,” he said.

“My son — a deputy commissioner — should take action. He should tell why his mother was living with me, taking money since 12-15 years and going on foreign trips.

“She has an obligation to her family — to save its reputation. They are going around ruining the family’s image while I am being forced to be apologetic. This has to stop somewhere. Why can’t he keep his mother,” he said.

This is not the first time that Sharma has been in legal trouble. Earlier, his name had come up in a honeytrap scandal while he was the Special DG of the Cyber Cell and STF. Sharma had accused the then DG V.K. Singh of maligning the image of the police department.

Also Read | Only Pure Mustard Oil From Oct 1, Consumers And Farmers To Benefit