Only Pure Mustard Oil From Oct 1, Consumers And Farmers To Benefit 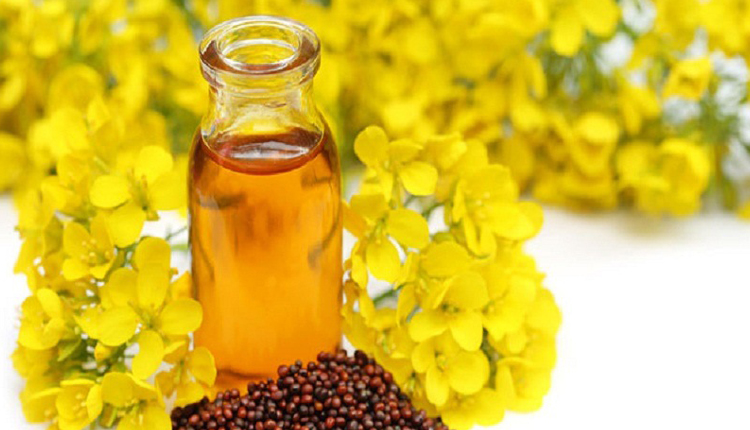 New Delhi: Consumers will now get only pure mustard oil as the Central government has banned the mixing of any other edible oil with mustard oil. The ban imposed by the Food Safety and Standards Authority of India (FSSAI) will come into force from October 1, 2020.

Experts say the decision by the government will benefit consumers as well as mustard growing farmers.

Rice bran oil, palm oil or any other cheap edible oil is used for adulteration. Experts point out that adulteration occurs in two ways — first is ‘blending’ in which a fixed proportion is adulterated and the other is ‘Adulteration’ in which no specific ratio is fixed for mixing.

Adulteration in edible oil is already banned while blending was allowed in a fixed proportion but now FSSAI has banned this as well.

Dr PK Rai, Director, Mustard Research Directorate in Bharatpur, Rajasthan under the Indian Council of Agricultural Research (ICAR), said that this decision is in the interest of consumers as well as farmers.

By this decision, consumers will get only pure mustard oil while by increasing the consumption of mustard farmers will get a fair price for their produce which will encourage them to go in for mustard farming, he added.

Rai said that the decision before the onset of the mustard sowing season is seen as very encouraging for the farmers and this will undoubtedly increase the acreage of mustard in the upcoming rabi sowing season. He informed that the sowing of mustard will start from October 15.

However, the edible oil industry said the ban on adulteration should be strictly enforced but blending should be allowed as the manufacturer provides information about the blending ingredients on the packet.

Dr BV Mehta, Executive Director of edible oil industry organization, Solvent Extractors Association of India, said the adulteration of mustard oil needs to be banned while blending should not be stopped. He said the samples taken by FSSAI were found to be heavily adulterated so this decision has been taken.

Salil Jain of Mumbai, an edible oil market expert, said after this decision the price of mustard oil will be hiked due to which the demand may be impacted.

Sources said the adulteration of cheap edible oil with mustard oil was up to 80 per cent. However, experts point out that both consumers and farmers had to suffer because the latter did not get a fair price for their mustard crop.

The FSSAI sent an email on September 24 to the Food Safety Commissioners of all states and Union Territories of the country as well as the Central Licensing Authorities in Delhi, Mumbai, Chennai, Kolkata and Guwahati, saying that from October 1 mixing of any other edible oil with mustard oil has been banned across the country.

The Union Ministry of Agriculture and Farmers Welfare has set a production target of 370 lakh tonne oilseeds in the forthcoming crop year 2020-21 (July-June), of which mustard production is targeted to reach 93.36 lakh tonne. The Central government has increased the Minimum Support Price (MSP) of mustard to Rs 4,650 per quintal, an increase of Rs 225.