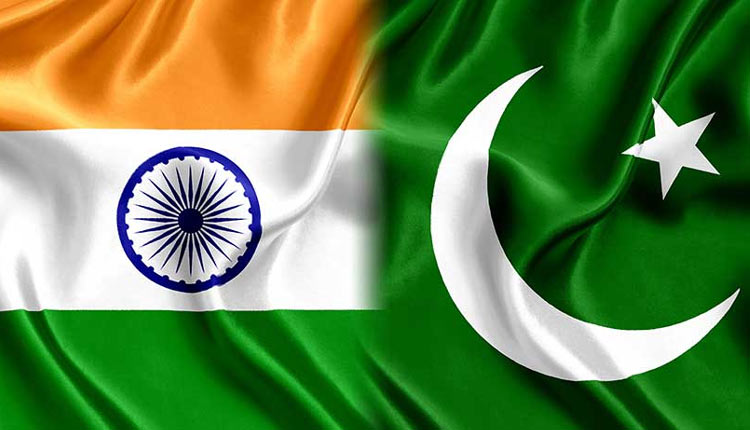 The Ministry of External Affairs said the Charge d’Affaires of Pakistan High Commission was summoned and informed about the decision which was based on instances of involvement of Pakistani officials in “acts of espionage” and “dealings with terrorist organisations”.

The activities of the two Pakistani mission officials caught red-handed and expelled on 31 May 2020 was one example in that regard, MEA said in a statement.

“While their officials indulged in actions that are not in conformity with their privileged status in the commission, Pakistan has in parallel engaged in a sustained campaign to intimidate the officials of the Indian High Commission in Islamabad from carrying on their legitimate diplomatic functions. The recent abduction at gunpoint of two Indian officials and their severe ill-treatment underlines the extent to which Pakistan has gone in that direction,” MEA said.

Therefore, it said, India has taken the decision to reduce the staff strength in the Pakistan High Commission in New Delhi by 50 per cent. “It would reciprocally reduce its own presence in Islamabad to the same proportion. This decision, which is to be implemented in seven days, was conveyed to the Pakistani Charge d’Affaires,” it added.

In Islamabad, Pakistan Foreign Office issued a statement, which said, it “rejects and strongly condemns the baseless allegations made by the Indian Ministry of External Affairs as a pretext to seek 50 per cent reduction in the staff strength” of its high commission in New Delhi.

“Pakistan completely dismisses allegations of any violation of the Vienna Convention on Diplomatic Relations by the officials of the Pakistan High Commission in New Delhi and reiterates that they always function within the parameters of international law and diplomatic norms. Pakistan also rejects the insinuations of intimidation of Indian High Commission officials in Islamabad,” the statement added.

The Pakistan foreign office also said that the Indian Charge d’Affaires in Islamabad was summoned to convey Pakistan’s rejection and condemnation of the “baseless Indian allegations”, and was also informed of Islamabad’s decision to reduce the Indian High Commission’s staff strength by 50 per cent as a reciprocal measure.

Officials said both sides will have to reduce staff strength by 40-45 people in view of India’s decision.

The last time India downgraded diplomatic ties by asking Pakistan to reduce the staff strength in its high commission was after the Parliament attack in December 2001. However, as relations improved by 2005, the staff strength at both missions returned to the normal level.

The behaviour of Pakistan and its officials is not in conformity with the Vienna Convention and bilateral agreements on the treatment of diplomatic and consular officials. On the contrary, it is an intrinsic element of a larger policy of supporting cross-border violence and terrorism,” the MEA said.

India’s concern about the activities of officials of his High Commission was also conveyed to the Pakistan Charge d’ Affaires by the MEA.

“They have been engaged in acts of espionage and maintained dealings with terrorist organizations. The activities of the two officials caught red-handed and expelled on May 31 was one example in that regard,” it said.

The ministry also referred to the June 15 incident when Pakistani authorities detained two junior members of the Indian high commission in Islamabad in a case of “hit and run” and released them after over 11 hours. India called it an abduction and said the two staffers were subjected to “barbaric treatment”.

The Pakistani action was seen as a retaliation for the expulsion of two Pakistani officials by India on charges of espionage on May 31.

“The recent abduction at gunpoint of two Indian officials and their severe ill-treatment underlines the extent to which Pakistan has gone in that direction,” it said.

“These officials who have returned to India on June 22 have provided graphic details of the barbaric treatment that they experienced at the hands of Pakistani agencies,” the MEA added.

India’s expulsion of the two Pakistani officials and subsequent harassment of Indian High Commission staffers in Islamabad by Pakistani agencies came in the midst of frayed ties between the two countries over the reorganisation of Jammu and Kashmir by India.