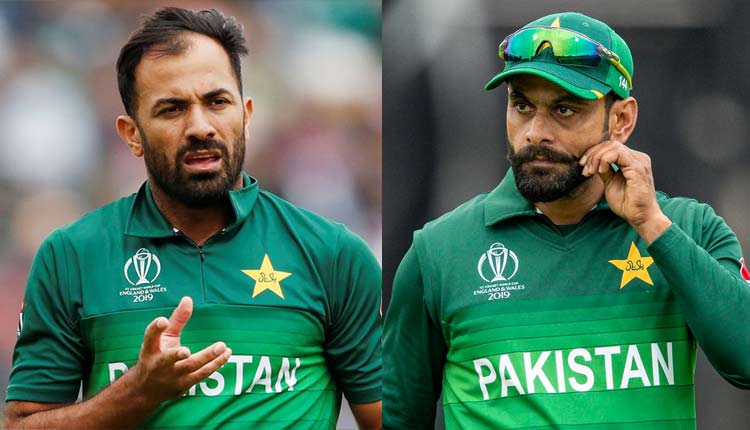 Karachi: As many as 10 out of the 29 England-bound Pakistan cricketers have tested positive for the dreaded coronavirus but boards from both the countries insisted on Tuesday that the tour remains “very much on track”.

After the Pakistan Cricket Board (PCB) announced that three players were found to be COVID-19 positive on Monday night, its update on Tuesday stated that seven more have been infected, including senior players Mohammad Hafeez and Wahab Riaz.

The other five are Fakhar Zaman, Imran Khan, Kashif Bhatti, Mohammad Hasnain and Mohammad Rizwan. The squad was to leave for the UK on June 28 for three Tests and as many T20 Internationals starting in August.

Shadab Khan, Haider Ali and Haris Rauf had returned positive tests on Monday. PCB said all who have tested positive did not report any symptoms prior to testing.

“The PCB medical panel is already in contact with these players and the masseur, who have been instructed to observe strict quarantine at their homes for their and their families’ wellbeing,” the PCB said in a statement.

PCB CEO Wasim Khan said players testing positive for the virus is a warning for the general public.

“It is not a great situation to be in and what it shows is these are 10 fit and young athletes…if it can happen to players it can happen to anyone,” PCB CEO Wasim Khan told a media conference.

Khan said that the players and officials would now assemble in Lahore and another round of tests would be carried out on June 25 and a revised squad would be announced the next day.

“It is a matter of concern but we shouldn’t panic at this time as we have time on our hands,” Khan said. He said the players and officials would be retested on reaching England.

Despite the developments over two days, Khan said the tour is on track.

“The tour to England is very much on track and the side will depart as per schedule on 28 June.

“Fortunately, all the first-choice red-ball squad, barring Mohammad Rizwan, are negative, which means they can start training and practising immediately after they have been tested and given the all clear when they arrive in England.”

Reacting to Monday night’s development of three Pakistan players testing positive, ECB’s director of cricket Ashley Giles had expressed concerns but there was no threat to the tour as it was “far enough away”.

“We are far enough away from the start of the Test series to not worry about that too much at the moment. We are waiting on those other test results,” Giles said in a video interaction in England.

“We still are far enough out, even if a number of those results were still positive, but this is the difference with the international sport. We need to get our opposition in (the) country. Anything that puts that at risk or in danger is clearly a problem.”

The West Indies tour of England beginning next month marks the resumption of international cricket, followed by the Pakistan series. Both series will be played in a bio-secure environment.

According to the SOP for the series, the Pakistan team will undergo at least five tests in the lead up to the first Test.

“…the players, who have tested positive, we will continue to monitor and support them, including conducting antibody tests, and as soon as they test negative, they will be flown to join the squad in England,” Khan said.

“At the moment, they have been advised to go into self-isolation so that they not only recover quickly but also prevent their other family members from being infected,” he added.

Shahid Afridi Tests Positive For COVID-19, Asks Fans To Pray For Him

Adani Power Partners With AES To Acquire 49% Stake In OPGC