Govt of China, Chinese Embassy were donors to RGF led by Sonia Gandhi 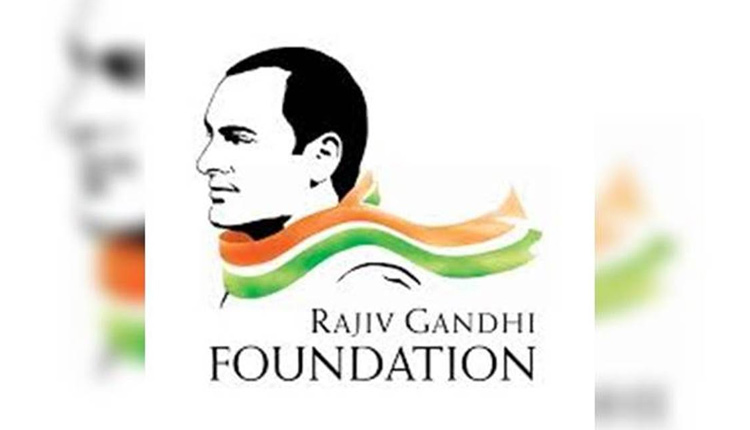 New Delhi: A startling revelation has come to light that the government of the Peoples Republic of China and the Chinese Embassy in India have been funding the Rajiv Gandhi Foundation (RGF) led by Congress President Sonia Gandhi.

According to an RGF annual report accessed by IANS, in 2005-06, the Rajiv Gandhi Foundation received a donation from the government of People’s Republic of China and the Chinese Embassy as two separate donors. These were listed as donors in the report in the list of general donors.

When contacted, former Finance Minister and RGF Board member P. Chidambaram told IANS, “You should put this question to the Chief Executive.”

Now, leap forward to 2009. The Rajiv Gandhi Institute for Contemporary Studies (RGICS) functions as a think-tank and carries extensive and relevant research on contemporary issues.

The main objective of the study was to gain a better understanding of an FTA between India and China, analyse various trade issues and identify who would stand to gain and lose from such an agreement. The report concluded that China would be the greater beneficiary in all trade dimensions because of the efficiency of its economy.

“There is a principal need for India to improve its commodity structure to balance its performance of competitiveness and complementarities,” the study said.

In June 2010, another similar study was conducted. RGICS researchers undertook a feasibility study on India-China trade sector ties through a possible FTA.

This built on the earlier work carried out during the 2009-10 period, in which RGICS Fellow Mohammad Saqib studied a possible India-China FTA along with Purnachandra Rao.

During the 2010-11 period of the project, the researchers examined trade trends between India and China in order to identify cooperative measures by promoting trade and investment liberalisation facilities, better understand FTAs and forecast future prospects.

The study found China to be more fully integrated into the world economy as a major economic powerhouse than India, in large part because of the comparative advantage of labour surplus. But the study also proposed that an FTA would help bilateral economic relations, and that the free flow of goods, services, investments and capital would in fact benefit India’s trade sector more than China’s.

Congress critics argue that this study was done despite the admission that China was already benefiting much more than India from the imbalanced trade.

Critics of the Congress are asking whether there is some connection between the donation to the RGF, the Congress party think-tank lobbying for an FTA with China, and allowing the trade deficit to jump 33 times between 2003-04 and 2013-14.

In addition, questions are being posed if this donation to RGF has any connection with the Memorandum of Understanding (MoU) signed between the Congress and the Chinese Communist Party (CCP) in 2008.

There are demands that it is time that the Congress party comes clean on the MoU it signed with the CCP.

There are also demands that the Congress should make a full disclosure of its relations with CCP and on the contents of the MoU is essential for the interest of India, as the Congress party is the largest opposition party in India with governments of its own or in alliance in several states.

Congress , 14 Parties To Stage Demonstration Over ‘COVID-19 Mismanagement’ In Odisha

Lightning Kills 83 In Bihar, 24 In UP Amid Thunderstorms