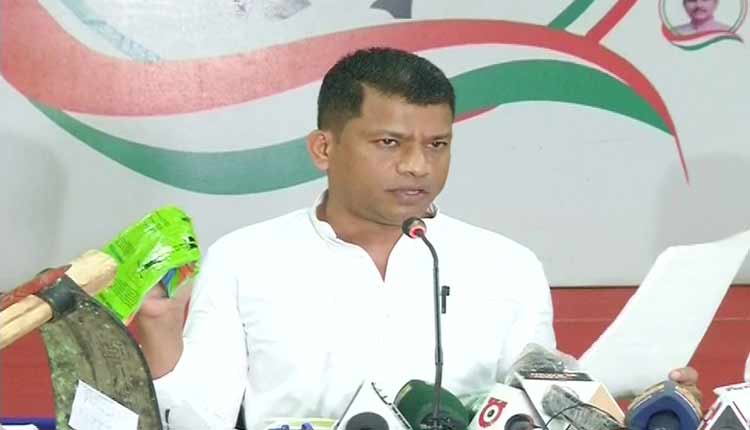 Bhubaneswar: After PPE kits, there has been a corruption to the tune of Rs 300 crore in the procurement of COVID-19 kits for migrant labourers in Odisha, Congress alleged on Friday.

At a presser, Congress working president Pradeep Majhi levelled such serious allegations citing that the State government procured eyeglasses included in the safety kit from Bomikhal-based Bharat Industrial Corporation at Rs 60 per unit while the same is available at Rs 12 in Bhubaneswar markets. Apart from this, masks whose wholesale price is around Rs 2 per unit were procured at Rs 80. Similarly, shoes that cost around Rs 185 were procured at a price of Rs 413, he said.

Majhi further said that the party is aware of the problems faced by the migrant labourers who have returned from different parts of the country.

“Though efforts were initiated to bring some migrants during lockdown by conducting a registration drive, those who are still in other States are facing lot of difficulties in different parts of the country. The government has completely turned a blind eye towards their plight. There has been massive corruption in the procurement of COVID19 kits for the labourers. We demand Labour Minister Sushant Singh’s resignation as he is nowhere to be seen when the labourers are suffering,” Majhi added.

According to Congress, out of the total 28, 22, 696 labourers, working tools and safety kits have been provided by the State government to nearly 15 lakh labourers.

Responding to Majhi’s allegations, Government chief whip Pramilla Mallick said, “There has been no corruption as district administrations have procured the articles at appropriate prices and distributed the kits to labourers.”

Odisha To Introduce 25% Self-Study Syllabus For UG, PG Students From Next Year