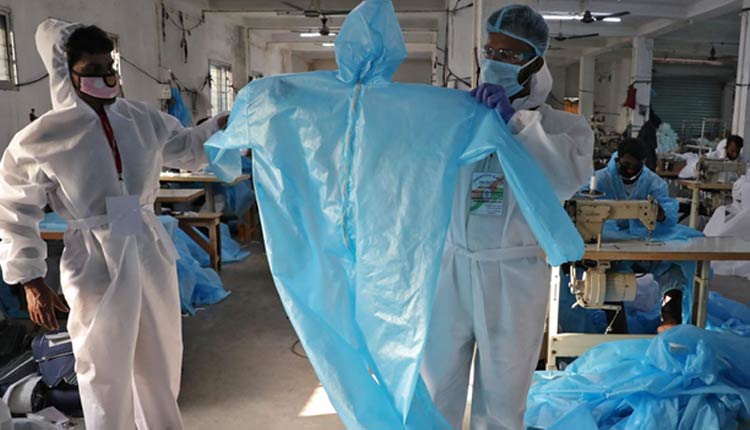 Bhubaneswar: The Bharatiya Janata Party (BJP) on Thursday accused the Odisha government of trying to hoodwink people by claiming that there have been no irregularities in the COVID-19 PPE kit procurement in the state.

Soon after the ruling-BJD spokesperson, Sasmit Patra said that there was a spike in prices of masks because of high demand, BJP leader Lekhashree Samantsinghar today said that Patra should not act like the spokesperson of vendors.

“There are detailed documents related to the purchase of masks by other states. The procurement process needs to be transparent. Though he (Patra) is telling that the orders were placed through open tenders, reports say it was done through speed post,” she said.

The BJD had produced a notification of the Ministry of Consumer Affairs which has the mention of the increase in prices of masks from Rs 10 to Rs 16, but it was for consumers and not for the state governments, Samantsinghar said adding, “By showing the letter of the Consumer Affairs Ministry, the ruling party in Odisha is trying to fool people.”

Meanwhile, Congress leader Sudarshan Das accused the BJD of diverting the issue and said, “We have cited examples of several other states that purchased masks at much lower prices. The State government is yet to clarify whether the price at which it was asked by the Centre to procure masks was retail price or wholesale price.”

On the other hand, a team led by the Odisha Congress chief, Niranjan Patnaik today submitted a memorandum to the Odisha Governor in this regard and said the party will soon move the Lokayukta.

“A massive corruption has taken place in the procurement of COVID-19 PPE kits. The money meant for the people of the State was embezzled by a few. We have submitted a memorandum and requested the Governor to order an impartial investigation into the matter,” said Patnaik.

Earlier today, Patra said that there was a rise in demand for masks but due to lack of supply, the prices increased. Several factors like the lockdown and disruption in transportation also resulted in the price rise, he said.