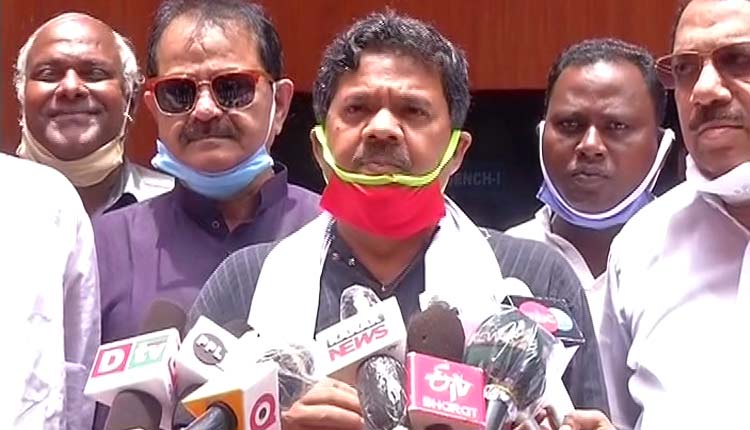 In the petition, the State Congress has reportedly alleged corruption in the purchase of masks, PPE, COVID testing kits, Nebulisers and other supplies by the Odisha State Medical Corporation Limited (OSMCL).

OPCC spokesperson, Sudarshan Das said that the petition has been submitted with an eight-point charter of demands and the party will continue its fight against the loot of public money.

“In the petition submitted today, we have drawn the attention of the Lokayukta towards the corruption in the procurement of PPE by the OSMCL,” said Das.

Responding to the allegations of the Congress, ruling-BJD MLA Amar Satpathy said that the Congress is trying to create an ambiguous environment by making an issue out of a non-issue. “Congress will not succeed in its attempts as people are not going to accept it,” he said.

Congress had also earlier sought Governor Ganeshi Lal’s intervention for an impartial and thorough probe into the ‘scam’ in the purchase of PPE kits for COVID-19.

“We are not demanding resignation of Chief Minister Naveen Patnaik on the matter, but we want him to clarify whether there have been irregularities in the PPE procurement or not. We demand resignation of the ministers and all those involved in the corruption,” OPCC chief, Niranjan Patnaik had said after meeting the Governor.