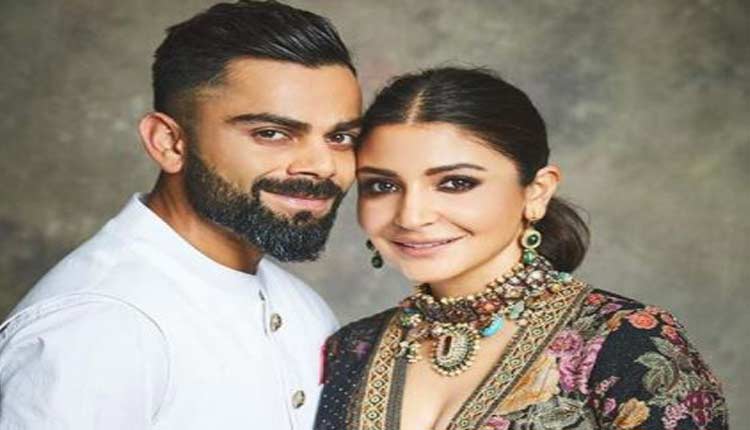 Mumbai: Social media accounts of Indian cricket team captain Virat Kohli and ace actor Anushka Sharma flooded with congratulatory wishes after the celebrity couple announced that they are expecting a baby next year.

From Priyanka Chopra to Varun Dhawan, from Yuzvendra Chahal to Chris Gayle, celebrities from Bollywood, cricketing fraternity and even the common man thronged the post with congratulatory notes.

#AnushkaSharma and #ViratKohli take to social media to announce they have a baby on the way! Here’s sending out heartfelt congratulations to the lovely couple. pic.twitter.com/J6TP9BdLWj

While Priyanka wrote “Congratulations u guys”, Mouni Roy wished the couple by writing “Omgggg….. congratulations… so so happy”.

Congratulations and my best wishes to you @imVkohli and @AnushkaSharma 🤗 https://t.co/WJ8e5R0Moe

Till the report was prepared, the post announcing the arrival of their bundle of joy garnered over 3.9 million likes and over 1.4 lakh comments on Kohli’s Instagram profile, while the actress’ post got 2.1 million reactions and over 51,000 comments.

The couple, who tied the knot in December 2017, took to social media to share the news, alongside their picture, showing Anushka’s baby bump.

“And then, we were three! Arriving January 2021,” the social media posts read.

Anushka was last seen on the big screen in 2018 romantic drama “Zero”, while Kholi is presently in UAE to take part in IPL 2020.