Will Salman Khan & Akshay Kumar’s Stardom Crash Due To COVID-19 ? 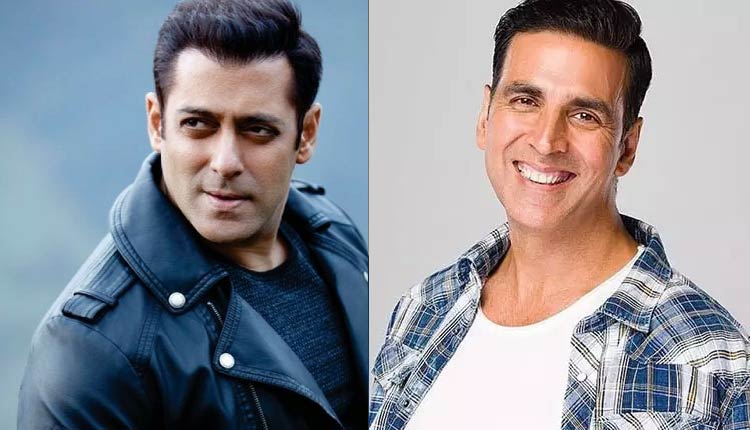 The coronavirus pandemic has rattled the entire Bollywood industry with even big stars like Akshay Kumar forced to release their movies on OTT.  Just as Abhishek Bachchan said a few days ago in one of his recent interviews no one knows when the theaters will open and it may take an entire year before the multiplexes are allowed to welcome the audience. That is why releasing movies on webspace is slowly becoming a new normal.

Good Content Will Score Over Mediocrity Led By Superstars

Leading director Shekhar Kapur has said that this new system will kill the star system in Bollywood. Indirectly it indicates that if major projects are forced to release on webspace in the months to come it will crash the stardom of big stars like Salman Khan and Akshay Kumar as the hype around 100 crore business will come to an end.

It is a known fact that the stardom of a superstar is measured by the box-office collection of his movies. With the OTT releases becoming a regular thing the decisive factor will be the amount in which the rights of a movie were sold to an online channel instead of what it will earn at the box-office.

In this case, stardom is expected to take a backseat over good content. The Bandit Queen Director in his tweet a week ago penned, “What mainstream media did not catch on was that as Bollywood was becoming inert, true creativity was flowering in films outside Bollywood. Best Indian films are coming from languages other than Hindi. Media was too caught up in glare and glitz of Bollywood they themselves created.”

What mainstream media did not catch on was that as Bollywood was becoming inert, true creativity was flowering in films outside Bollywood. Best Indian films are coming from languages other than Hindi. Media was too caught up in glare and glitz of Bollywood they themselves created

Stars Will Come Up With Their Apps, Says Shekhar Kapur

According to Mr. India’s director, the star system will end due to the closure of movie theaters during COVID-19. In his tweet, the director says, “Theatres are not going to open for at least a year. So all hype around first week business of 100+ crores is dead. So the theatrical Star System is dead.” He further says, “Stars will have to go to existing OTT platforms or stream films themselves through their apps. Technology is quite simple.”

Theatres are not going to open for atleast a year. So all hype around first weeks bussiness of 100+ crores is dead. So the theatrical Star System is dead.
Stars will have to go to existing OTT platform or stream films themselves through their own apps. Technology is quite simple

Another big director Anurag Kashyap believes that releases on OTT will reduce the pressure on theaters as once the theaters are opened for audiences there will be stiff competition among producers for releasing their movies. In one of his recent interviews, the Choked director said, “I think both cinema and OTT will co-exist. My thing with the theatre owners is that they think that the films that should have released in theatres and are coming out on OTT, and they are reacting to it. But the thing is when cinemas will open; there will be such a bottleneck of movies, that there will be a struggle.”

Kashyap further added, “I have suffered when Gangs of Wasseypur was nine days in cinemas and Ek Tha Tiger came out, and the film was doing well, but it was thrown out of cinemas.”

Allu Arjun Has His Heart Set Out On Bollywood Movies, But On Certain Conditions | WATCH

Uncertainty Looms Large Over Plus II Result Declaration In July

25 Years of DDLJ: Farah Khan Shares Exclusive BTS From Sets of the Movie With Shah…