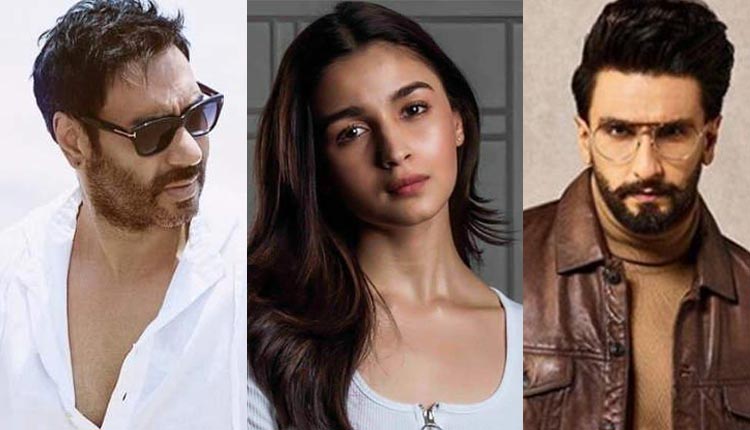 Sanjay Leela Bhansali has roped in big stars like Ajay Devgn and Ranveer Singh for Alia Bhatt starrer Gangubai Kathiawadi. The film is a biopic based on the life of Gangubai Kothewali who was the brothel head of Kamathipura. The movie was already in production stage when the lockdown was announced and the makers Bhansali Productions and Pen India Limited had to even demolish the set as its maintenance was very expensive.

Even though Alia Bhatt has been quite successful in the last few years she does not have stardom like Deepika Padukone or Katrina Kaif.  But with a good story like Raazi, she is sure to pull off a movie which is why Sanjay Leela Bhansali gave her the title role of Gangubai in this biopic. Initially, it was supposed to be a movie entirely focused on Alia Bhatt but the director knew that the movie will need some superstardom to attract box-office collection.

Importantly, things have changed a lot since the death of Sushant Singh Rajput. The way fans and supporters have slammed both Alia Bhatt and her mentor Karan Johar, it seems there is a wave of hatred and disgust going around them. While most of these celebrities have turned off their comment section after a lot of abuse and wrath, the public opinion at large is still not ready to accept the head of Dharma Productions and his prodigy Alia in the same light as earlier.

Sanjay Leela Bhansali had already decided to rope in Ajay Devgn for the key role of Karim Lala. Now according to reports, SLB has also roped in Ranveer Singh to do a cameo for this biopic to further enhance the entertainment quotient of the movie.

In the last few years, Ranveer has emerged as one of the most bankable stars in Bollywood. Moreover, while star kids like Arjun Kapoor, Varun Dhawan, Sara Ali Khan, and Alia Bhatt have been slammed for being the product of nepotism, Ranveer has somehow escaped the same level of criticism. That is why Bhansali believes that the addition of Ranveer will elevate the chances of Gangubai Kathiawadi’s success.

With Sushant’s supporters vowing to ban Alia and Mahesh Bhatt’s Sadak-2 the Devdas director is also in a fix whether to go ahead with the movie or not. The response of fans to the Mahesh Bhatt directed sequel on Disney Plus Hotstar can be a decisive factor whether Sanjay Leela Bhansali wants to continue with Alia in Gangubai Kathiawadi or not.