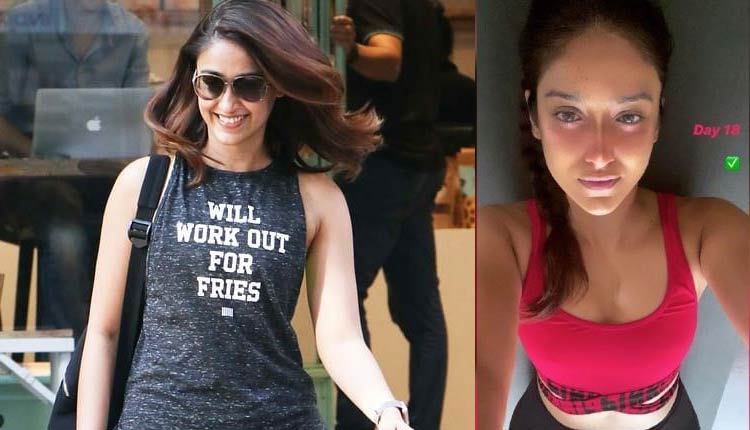 Ileana D’Cruz will be next seen in The Big Bull opposite Abhishek Bachchan which will soon release on Disney Plus Hotstar. Produced by Ajay Devgn and Anand Pandit due to the COVID-19 pandemic the producers have decided to release it on OTT. In the meantime, the Barfi actress is keeping herself fit and fine during the lockdown phase by engaging in a serious workout at home.

In the past few days, the actress has been sharing her hot and sweaty videos to give her fans a peek into how hard she is working. Ileana is indeed looking sweaty but fresh and sharp in these new posts and fans believe that she is doing all this hard work for a new movie. However, the actress is yet to confirm any such thing.

It’s Okay Not To Feel Amazing All The Time, Says Ileana

In her recent Instagram stories, the Raid actress has said that it is okay if you do not feel amazing all the time and that we must take time to breathe and heal ourselves. Ileana reveals that despite trying hard she did not get the results expected after working out. The actress wrote, “Been a strange couple of days. . . Felt great yesterday but today not so much… Didn’t even want to work out today but I still did it. I’d like to say that I felt frickin amazing after I finished my workout but I didn’t. A tiny bit better but definitely not amazing. And that’s ok. Some days are hard. That’s ok.”

She continued that it is important that you accept it and not beat yourself over it. Pagalpanti was the last release of Ileana D’Cruz which did not do well at the box-office. She was expected to be a part of Raid sequel but no confirmation regarding the same has been made. Last month the actress had said that she is open to Hindi as well as all the regional movies but now is looking for meaningful roles.