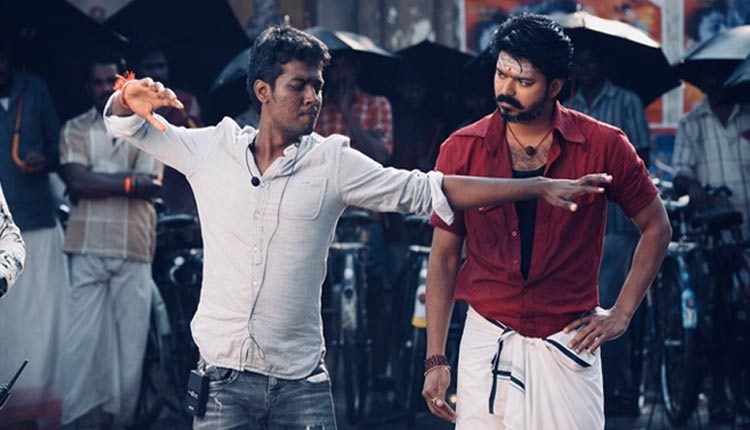 Vijay and Atlee are two of the biggest names in Tamil movies. Both of them have given three massive blockbusters Mersal, Theri, and Bigil. The latest one-Bigil has been such a big hit that fans have already started demanding a sequel to it and even Atlee has assured the fans that he is planning yet another movie with Thalapathy soon.

Fans are more interested to see Vijay as the gangster Rayappan which he played for Bigil earlier. Answering to a meme on the same Atlee also has promised a full gangster movie with Vijay’s Rayappan in the lead.

Vijay And Atlee To Debut In Bollywood?

So for fans of Tamil cinema, a movie of Vijay and Atlee is nothing short of a treat and they are expecting the team to announce the release date of the next. But it seems that they will be getting more than their expectations. According to a news source, these two big names in Kollywood are all set to debut in Bollywood under the leading banner Dharma Productions helmed by Karan Johar.

Karan has been quite open about his interest in producing South Indian movies and has even appreciated Atlee’s work in Bigil. Previously too, Karan collaborated with RR Rajamouli for Bahubaali franchise which was a huge hit and made Prabhas, Anushka Shetty and Rana Daggubati international stars.

So if the leading B-town producer is planning to introduce the superhit pairing of Thalapathy and Atlee in the Hindi film industry it should not come as a surprise. Rather the big-budget that usually Karan offers for larger than life movies will help Atlee to come up with a flick that may match the technology and perspectives used in Baahubali.

There have been rumours that Atlee will be directing Shah Rukh Khan in his next film. The Badshah of Bollywood is currently going through a rough patch and has taken a break from the film industry. He is supposed to be waiting for the right script which Atlee is expected to direct. However, nothing has been confirmed yet. But one thing is clear that fans would love to see Thalapathy and Atlee together making a Bollywood debut.

After Ad, Will Mahesh Babu & Ranveer Singh Collaborate For A Film?