After Ad, Will Mahesh Babu & Ranveer Singh Collaborate For A Film? 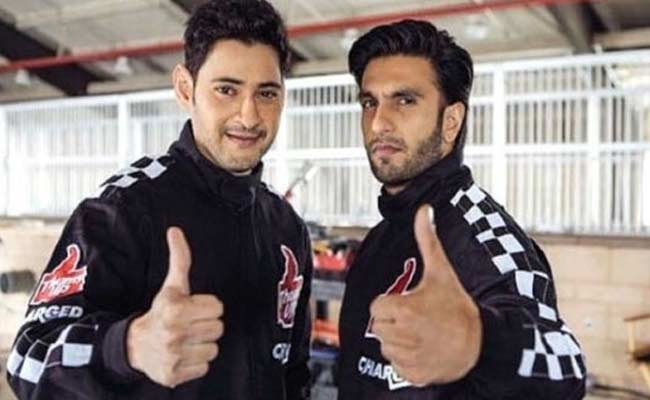 Mahesh Babu and Ranveer Singh were recently spotted together in Mumbai shooting an ad film for an aerated drink label.

The two superstars looked all pumped up for the shoot and it was all smiles as they were captured together in one frame.

However, rumours suggesting that Padmavat actor and the South superstar might be seen in a Sajid Nadiadwala’s upcoming project have sent fans into a tizzy as the movie would mark the debut of Mahesh Babu in Bollywood.

A report of Deccan Chronicle has claimed that Sajid Nadiadwala is planning to cast Ranveer and Mahesh Babu in a feature film. Reportedly, their chemistry on the sets of the advertisement was major reason behind the decision, said the report.

Notably, this is second time that both Ranveer and Mahesh are shooting together for an ad film as in 2018 they had teamed up for the same brand.

On the work front, Mahesh Babu is riding high with the success of his last release ‘Sarileru Neekevvaru,’ which his third successive film to cross 100 crore mark and is still going strong. Meanwhile, Ranveer Singh is gearing up for the release of the sports drama ‘83’ which is based on the life of veteran cricketer Kapil Dev and India’s historic cricket World Cup glory in 1983.

Humbled But Would Be Happier If Readers Appreciate My Work: TK Mishra On Sahitya Akademi Award