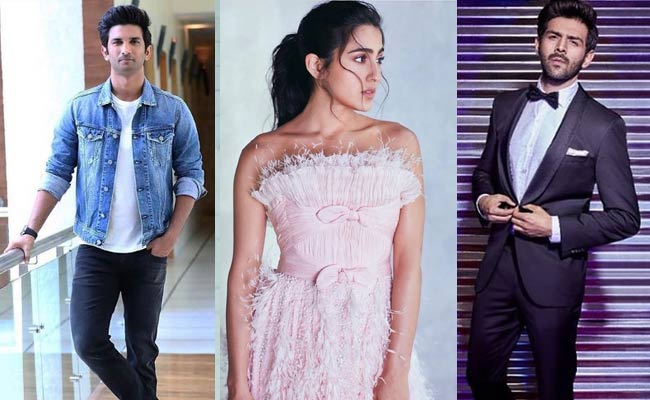 Sara Ali Khan made an entry in Bollywood with “Kedarnath” opposite Sushant Singh Rajput. At that time, the “MS Dhoni: The Story Untold” actor had breakup his ties with Kriti Sanon and he had no connection with his current rumoured girlfriend Rhea Chakraborty. Sara was fresh, new and Sushant was single. So naturally, sparks flew between the two and within a few days fling between Sara and Sushant started. Although big success has still eluded Sushant he has still made a good career in the Hindi film industry on his own without the support of any Godfather.

Amrita Singh Asked Sara To Break Off With Sushant?

Amrita Singh was well aware of how such small flings and affairs with an actor at such a starting phase in career can affect Sara’s career. That is why she kept on coming between Sara and Sushant and somehow convinced the former to cut off her connection with Sushant. The way the “Simmba” actress treated the “Chhichhore” actor during the last leg of the shooting of “Kedarnath” affected him so much that he decided not to work with Sara anymore.

The “Chameli Ki Shaadi” actress almost single-handedly has raised her two children Sara and Ibrahim after she divorced Saif Ali Khan. It is the reason she holds a good influence over both her children and Sara usually listens to what her mother says. It was kind of cute for Sara to announce her crush for Kartik Aaryan on “Koffee With Karan” show sharing the couch with her father Saif Ali Khan.

But when in actuality they started dating together and fell in love during the shooting of “Love Aaj Kal 2” Amrita Singh became worried. In her heydays, the actress had affairs with many big stars including Sunny Deol, Vinod Khanna, and cricketer Ravi Shastri. And she is also quite aware of how these affairs made an impact on her career.

That is why when Kartik and Sara started getting close, Amrita Singh’s interference increased. According to reports, the “Pati Patni Aur Woh” actor found this meddling quite disturbing. But when he came across the way Sara dropped Sushant rudely due to Amrita’s nagging Kartik decided to put a break to his affair. Even though Sara wanted this relationship to go further, Kartik did not want to be put aside like Sushant and himself put an end to the affair.

You May Also Like: Lockdown Diaries: Watch Salman Khan Eating Leaves With His Horse