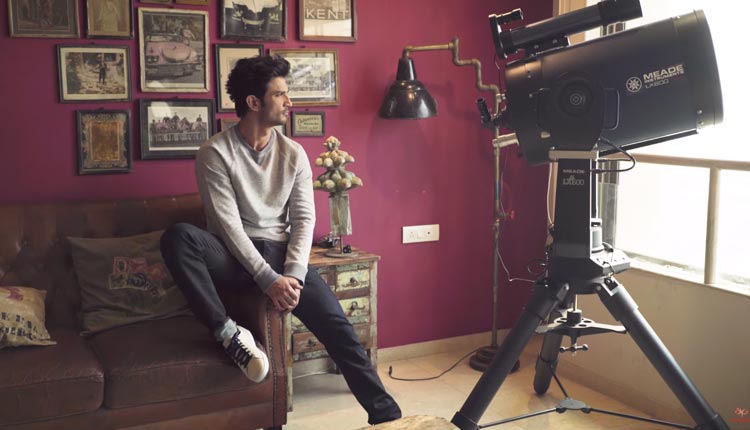 Sushant Singh Rajput’s final post-mortem report says that he did commit suicide and that there is no foul play. But fans are not ready to accept it and are demanding CBI inquiry. Even veteran television and movie actor Shekhar Suman thinks that if he did hang himself, the Kedarnath actor would have left a suicide note behind. So the Utsav actor believes that something is suspicious and should be investigated.

The one person who has been constantly in the news since the death of Sushant is his girlfriend Rhea Chakraborty. She was interrogated for nine long hours by the Bandra police and many of her statements have started leaking out. The medications found at Sushant’s residence indicate that he was prescribed for depression. Even his psychiatrist accepted that the Shuddh Desi Romance actor visited him three times in the last couple of months and was scheduled for another session but could not come due to lockdown.

Rhea Chakraborty has also repeatedly said that Sushant was in depression and was taking medicines to keep him stable. Another statement by Rhea that has surprised everyone is related to Sushant’s home in Bandra. According to the actress, Sushant’s house in Bandra was haunted by ghosts and she felt disturbed in that house. She even stated that even the M.S. Dhoni: The Untold Story actor felt that something was wrong with the house.

According to Rhea, “That’s what I felt and even Sushant was disturbed while we were staying there.”

Sushant Was Not Happy With Rhea

Now whether that is true or not cannot be said, but fans are already drawing speculations and saying that it is a tactic by Rhea to cover up something she has done. The fans of Sushant have been aggressively demanding thorough inquiry in the matter accusing nepotism, and Rhea’s association with Mahesh Bhatt the main cause behind Sushant’s death.

One of the reasons why the fans have targeted the actress is because she left her boyfriend even when he was struggling with depression. Many believe that Rhea could have helped him by staying with Sushant or ensuring that he was not alone. Secondly, even the psychiatrist of Sushant has said that the actor from Bihar missed his former girlfriend Ankita Lokhande and was not happy with Rhea. It is believed that his failed relationships post-breakup from Ankita is one of the reasons that made Sushant depressed.