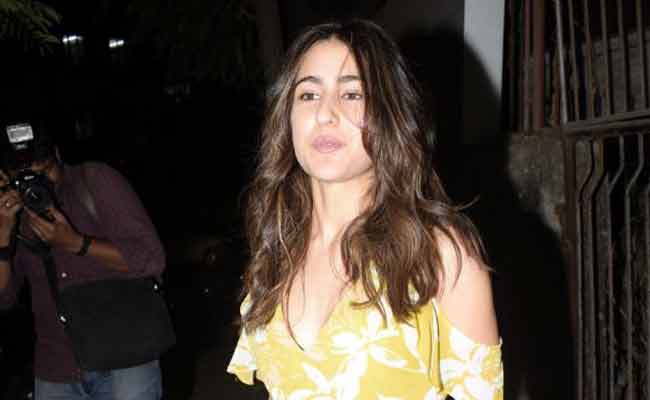 Sara Ali Khan was last seen in Love Aaj Kal 2 which bombed at the box-office. Released on Valentine’s Day this year, the only noteworthy fact that fans talked about was the chemistry between Sara and Kartik Aaryan. Although the two allegedly parted ways a couple of months before the release of this Imtiaz Ali flick, their chemistry even off-screen while promoting the film was quite visible. But after the release of the movie, there has been no news about the two stars. Neither was they seen together after the release nor have they been discussing and commenting on each other’s posts on social media.

Does that mean Sara Ali Khan is single once again?

KL Rahul Is Happy To Be Back in Blue and Doing Group Sessions; Is Athiya Shetty Missing…

That seems to be true. But what one wonders is why the affairs of this young actress seem to be for such a short term. In the last three years since she has been in the limelight, the Simmba actress has been linked with 3 to 4 men. Her affair with Veer Pahariya was the most talked about. Veer is the maternal grandson of ex-Union Minister Sushil Kumar Shinde and the two even shared their photographs on social media.

Rather Sara even admitted to the fact that Veer has been her only boyfriend. But after their breakup, Sara deleted their pictures. Another name that has been attached to Sara is that of Shahid Kapoor’s brother Ishaan Khattar. Both Sara and Ishaan started their journey in Bollywood together and Dharma Productions was supposed to launch these two earlier. However, the project did not materialize and Karan Johar instead launched Ishaan with Janhvi Kapoor in Dhadak.

But the meetings for the movie brought the two youngsters together and Sara started dating the Beyond the Clouds star. The actress even agreed on Koffee with Karan show that she indeed dated one of the Kapoor brothers sitting alongside her father Saif Ali Khan. Even the Nawab described how Ishaan was nervous when he first came to meet him. But things did not work out between the two and Ishaan and Sara parted ways.

Even before Sara started dating Ishaan, there was one more man in her life and that was none other than the only son of Jhakaas actor Harshavardhan Kapoor. The latter is known for his charisma among women and is rumoured to be a Casanova. Although Harshavardhan has tried his hand at acting he has not received much success whereas then Sara was yet to make her debut. Amrita Singh who has single-handedly raised her children wanted the best for her daughter and is rumoured to have been behind the split between the lovebirds.

Sara was also linked up with Sushant Singh Rajput during the shooting of her debut movie Kedarnath but many believe it was just a short fling that did not become serious. But her link up with Kartik Aaryan was really serious and the two were in a strong relationship. Even then today, Sara is single and many believe it has a lot to do with her mother Amrita Singh who does not want her daughter to lose her focus on her career and ensure that she does well in Bollywood.

KL Rahul Is Happy To Be Back in Blue and Doing Group Sessions; Is Athiya Shetty…

Shaheer Sheikh Gets Engaged To GF Ruchikaa Kapoor, Know Who She Is