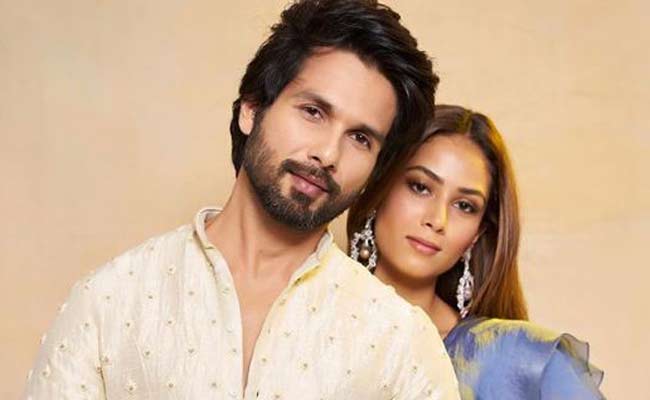 Shahid Kapoor and his wife Mira Rajput have done something that has the entire fraternity calling them irresponsible and careless. The whole world is desperately trying to contain Coronavirus disease. WHO as well as the Indian government has requested people to live in isolation and stay away from public places. Along with politicians and social workers, even B-town celebrities are requesting people to stay at home, stay safe and help the government restrict the spread of Coronavirus. But somehow, Shahid and Mira did not think that these pleas and requests are really very important.

Shahid & Mira Sweat Out In Gym Amid Coronavirus Threat?

The celebrity couple stirred controversy when they did something that could pose a risk to the safety of the public in general. That is why the concerned authorities accused and reprimanded them for their careless behaviour. According to reports, the controversy was caused when the “Kabir Singh” star went to a gym to work out along with his wife.

The civic authorities have already imposed a ban on group gathering and places that attract groups like malls, cineplexes, and gym. Despite this, the celebrity couple went to the gym together. The source says that Mira and Shahid were found visiting and using the gym in Bandra which incidentally belongs to their close friend Yudhishthir Jaising.

While Shahid Kapoor was seen working in the VIP area of the gym, Mira Rajput was being trained in the general gym area. Reports indicate that there was no one else at the gym and it has been opened exclusively for Shahid Kapoor and his wife for training. Since the gym’s owner Jaising went against the ban, the civic authorities were left with no choice but to seal this gym- AntiGravity Club.

Height Of Hypocrisy By Sasha

Celebrities like Kareena Kapoor, Bipasha Basu, Shilpa Shetty, Sonakshi Sinha, Priyanka Chopra were quick to circulate messages on their social media channels asking fans and users to protect themselves from Coronavirus. On the same line, Sasha too shared a message asking his followers to be responsible and safe.

At a time like this it is our social responsibility to do everything in our capacity to curb the spread of this virus. Team #Jersey is suspending shoot so as to enable all unit members to be with their families and in the safety of their homes. Be responsible. Stay safe.❤️?

But when it came to his personal life, the “Padmavat” actor broke all the rules and went to the gym so that he does not miss his workout. That is why many social media users are now calling him a hypocrite who is not following what he is preaching.

Also Read: Karan Johar Ropes In Shahid Kapoor For His Next On Maldives Rescue Operations

The fitness trainer Jasing however, has an entirely different story to tell. According to him, all these allegations are false and that the three of them-Shahid, Mira and Jaising never flouted any ban. Jasing said Shahid was injured while shooting in Chandigarh for “Jersey” and needed equipment to recover. That is why Shahid was at the gym to borrow the equipment. But many believe that the explanation is a fake one.

Odisha Doctor On Frontline Of Coronavirus War In Australia