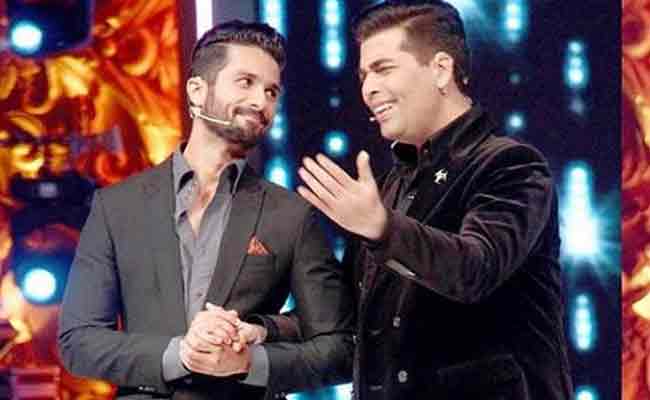 Karan Johar has taken Dharma Productions to a new height. The production house started by his father Yash Johar is now giving a tough competition to the leading film producing companies in India and also has now gone international after collaborating with Netflix and Amazon Prime on the webspace.

The celebrated host, reality show judge, director, and producer has not only been directing his movies but also collaborating with other directors to ensure that creative people get a platform and support to present their ideas.

Shahid Kapoor In Karan Johar’s Next?

According to the latest report, Karan has roped in Shahid Kapoor for a new action movie which will be based on Maldives rescue operations. The news suggests that Shahid’s “Shaandaar” co-star Alia Bhatt will be the leading lady in this movie. Their first movie together was one of the biggest flops in the career of Shahid.

But post the success of “Padmavat” and “Kabir Singh” the demand for the “R.. Rajkumar” actor has increased manifold. Currently, he is busy doing a remake of South Indian hit movie “Jersey” whereas Alia is busy shooting for “Brahmastra” and “Takht” both of which are being produced by Dharma Productions. While “Brahmastra” will be a trilogy directed by Ayan Mukherjee starring Ranbir Kapoor in the lead, “Takht” is an ambitious multi-star cast project by Karan Johar.

Lately, the focus of the Hindi film industry has shifted towards producing historic, biopic and realistic movies. Be it Tanhaji, Uri, Kesari or Chhapaak, most of the movies have been successful or at least have received appreciation. Although Shahid has done fighting sequences and violent movies like “Kabir Singh” and “Udta Punjab” he has rarely done a complete action movie similar to “Simmba” or “Singham.”

So watching Shahid Kapoor doing all those action stunts will be a welcome change.