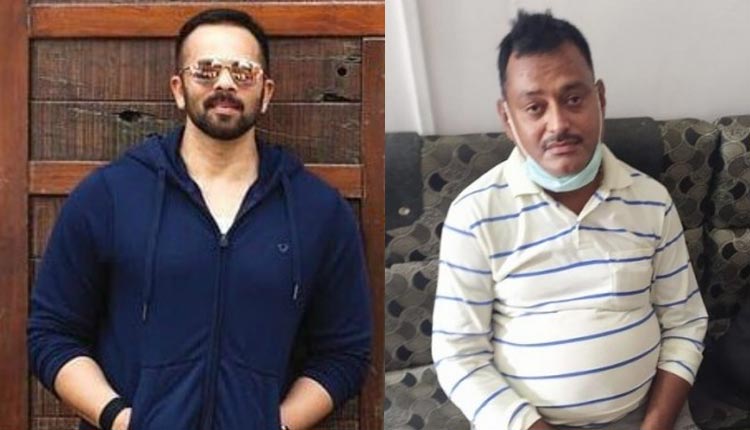 Vikas Dubey the infamous gangster from Kanpur was killed in an encounter early morning today after a police convoy carrying him turned turtle. According to reports the goon who killed eight policemen in Bikru Village tried to flee from the sight and was killed in an encounter. Now the entire incidence that happened seems like a story out of a typical Indian movie. From Vikas Dubey’s identification by a flower vendor, his arrest by Lady Police officer from Madhya Pradesh to his death in encounter all the incidences have a lot of drama, suspense, and action.

Importantly, the overturning of the police convoy is typical of Rohit Shetty’s movies. In the last few years, the Singham director has invented so many ways of showing the way vehicles are thrown in air and crash to the ground with the lead hero walking in between amid all the chaos around. So when the news about Vikas Dubey’s death and the incidences leading to it became viral, the first thing the fans could remember was Rohit Shetty.

Twitter users could not contain themselves from connecting the Chennai Express director with the incidence and started sharing hilarious memes. Some of the memes even claimed that it seems Rohit Shetty has joined the UP police force.

There are a few who are also saying that the encounter is as fake as the drama in Shetty’s movies whereas a user has even stated that the director has made a Copyright claim on the UP Police for copying his idea.

#vikasDubeyfakeEncounter
After listening to the story from UP police
Le Rohit shetty: pic.twitter.com/K1P7EIrccu

Rohit Shetty to UP Police: pic.twitter.com/48qdWSSkg8

Citing the track record of Salman Khan, a few users also alleged that Shetty has roped in the Dabangg star for a biopic on Dubey.

Reports about the Bhaijjan of Bollywood making a biopic on Vikas Dubey are also making rounds.

As per special reports coming sallu bhai has approached UP police for script of Dabangg 4.#FakeEncounter#vikasDubeyEncounter pic.twitter.com/qJCJWU0Kks

Finally, many believe that Rohit should have been called to choreograph the entire incidence of encounter.

A few days ago Ajay Devgn declared that he was making a movie on the fight between the Indian and Chinese soldiers in the Galwan Valley. The dramatic encounter of Vikas Dubey has given yet another storyline for Bollywood and soon enough someone will declare a biopic on his life as well.