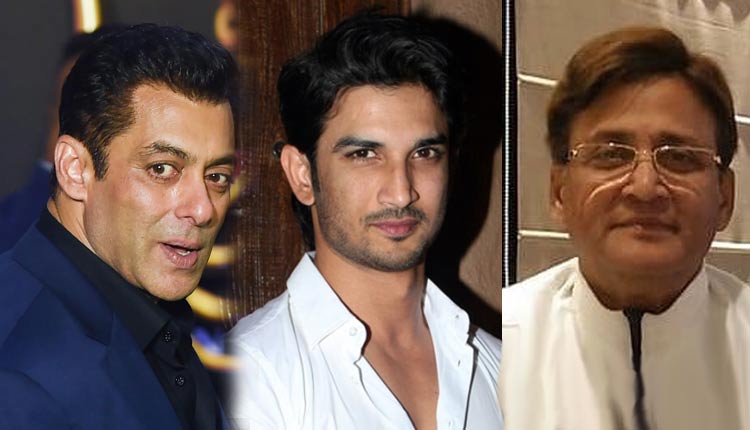 The controversies that have followed the shocking suicide of Sushant Singh Rajput have been equally astounding. While the police department continues to investigate the matter, fans of the actor are already demanding CBI inquiry and have allegedly accused Karan Johar, Salman Khan, and YRF for ganging up on him and pressurizing him to commit suicide.

While the truth about the matter is yet to be uncovered a series of new revelations continue to rattle the faith of fans in Bollywood. A few days ago it was revealed that Sushant’s girlfriend Rhea Chakraborty omitted one of the very crucial details related to the Kedarnath actor’s business investment.

According to new reports, even though Sushant, Rhea, and her brother Showik Chakraborty are partners in the Artificial Intelligence-based company Vividrage Rhealityx the entire investment was made only by Sushant. Reports also say that Showik was made a partner by Sushant only on Rhea’s insistence. The Jalebi actress did not mention these details while she was interrogated by the Bandra police almost a day after Sushant’s death. Fans are calling all this very suspicious.

In a recent twist to this case, Devej Narain, the father-in-law of Sushant’s sister Shweta Singh Kirti has alleged that Salman Khan is involved in the death of Sushant Singh Rajput. In his tweet, he has tagged the Prime Minister of India, R & AW, NIA, Special Branch alleging that he is 100% certain that Salman Khan and his family are involved in the death (which he has called murder) of the Dil Bechara actor. Narain has even implied that the Indian superstar has also made a derogatory remark to his post through Anand Shah Tweet.

This is serious he claims Salman khan tried to blow up his daughter’s car….
Devej Narain is the father in law of Sushant’s sister “Kriti” and politician from Patna. Pls check pics @RoopaSpeaks @GoswamiArnabRpt @Payal_Rohatgi @kangana_ranautt @narendramodi @itsSSR @PMOIndia @ pic.twitter.com/6RmKodfh2H

Apart from that the politician from Patna is now also saying that Salman Khan tried to blow away the car of his daughter in his tweet made very recently. Narain has requested PM Modi, Home Minister Amit Shah, and Maharashtra CM Uddhav Thackeray to look into the matter of Sushant’s death and find out who is behind it all.

Surprisingly, when the fans of Sushant tried to trace the account of Devej Narain they could not find it as Twitter has already deleted it.

Why @DevejNarain account has been removed from Twitter? If it’s not murder why Sushant’s family members are continuously getting threat? #justiceforSushantforum #ArrestMurdererOfSushant #CBIEnquiryForSSR. Pls @narendramodi @PMOIndia sir help us to get justice. pic.twitter.com/D2shvNU13v

Just when @DevejNarain tweeted in support of Sushant Sir’s case, his account got deleted?!?! What is this happening? #CBIEnquiryForSSR #JusticeForSushantSinghRajput pic.twitter.com/qtXJSw6tKj

Guys, we want #justiceforSushanthSinghRajput Now @DevejNarain Twitter account is deactivated. There is more to this than meets the eye. Why isn’t the family coming forward? Why isn’t @MumbaiPolice coming forth with the details of his journals. So much is being left unsaid.

The actress turned politician Roopa Ganguly has also said that someone is handling Sushant’s Twitter and Instagram accounts as many important posts that the actor shared have been deleted in the last 15 days.

This girl @Lizz59544803 received a notification that SSR’s official handle followed Alia Bhatt. How is this even possible unless someone is tempering with evidences@RoopaSpeaks @shekharkapur @sardanarohit @republic @abpnewshindi @DevejNarain pic.twitter.com/3m26dt8C9r

If this is true then I must admit that it is quite unsettling as this implies evidence tampering. How long do we wait for transparency in this case? when will CBI intervene?#cbiforsushant #roopaganguly @AmitShah @narendramodi pic.twitter.com/7afp5dhS3I

Over 80 Crore People To Get Free Ration Till November: PM Modi