Reunion Of Kapil Sharma And Sunil Grover On The Show? 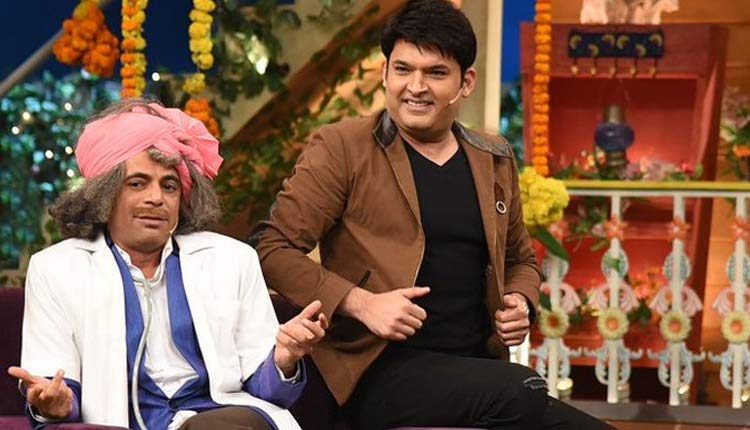 Ever since there has been a tiff between Kapil Sharma and Sunil Grover fans who have been wondering as to when he would be back on The Kapil Sharma Show. Until almost a year ago, their reunion seemed almost impossible as both the standup comedians were quite bitter about each other. Fortunately, the rough phase now seems to be over as a few months ago Kapil and Sunil were seen entertaining people with Mika Singh at the wedding of a friend’s daughter.

Now it seems that the duo have put their fight behind and is even seen praising each other in the media. Very recently Kapil even said that Sunil is a very fine actor and that he wants them to do something together. Kapil also said that the two do meet occasionally during weddings and functions and elaborated that minor issues between people can never put a full stop to any relationship.

I Have Learnt A Lot From Sunil Paaji, Says Kapil

The host of Kapil Sharma Show also said recently that he has learned a lot from Sunil Paaji and keeps on doing so from various actors. He also hinted that if a good project comes by fans can get to see Sunil and Kapil working together. But one thing is clear that Sunil Grover will not be joining The Kapil Sharma Show which is currently doing very well on Sony. Moreover, after Sunil Grover decided to leave the show, it was Krushna Abhishek who as Sapna anchored it well and hugely contributed to its success. Similarly, the joining of Bharati Singh has been a valuable addition.

While these two big standup comedians continue to be a part of the show along with the regular actors there is no scope for Sunil’s return. That is why Kapil Sharma said that since his current show is doing very well, he will have to think of some other platform where these two comedians can share the stage. Kapil also hinted that he keeps on getting new ideas and may try out one of those so that fans can get to see a reunion of Kapil Sharma and Sunil Grover.

Now, will Sunil come back as Gutthi or Dr. Gulati or will don an entirely new character need to be seen.