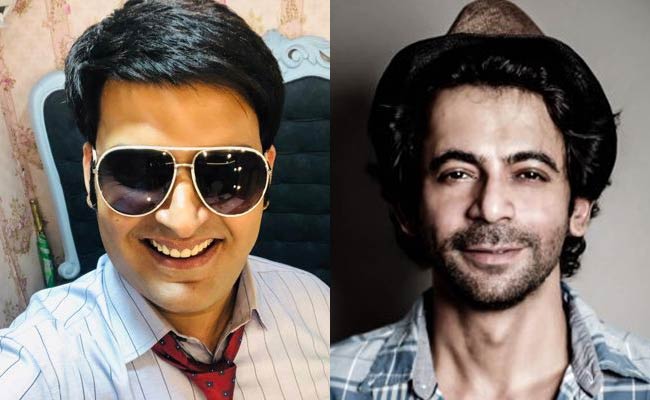 The Kapil Sharma Show is, of course, one of the most popular TV shows securing its stand as the most-watched comedy program. Though the audience is showering love for the show hosted by Kapil Sharma, the lovers of the hit TV-show are missing Dr Gullati aka Sunil Grover. Though there is no confirmation, reports of the actor-comedian Sunil making a comeback to the show have surfaced several times. Recently, Sunil shared a few posts on his Twitter handle sparking speculations that the actor is missing the show and is craving to make a comeback soon.

On Kapil’s birthday on April 2, Sunil didn’t miss to wish him on this special day. He wrote on his Twitter handle, “Happy birthday pah ji. Wish you a long and happy life. Keep giving the world this medicine called laughter. Birthday cakeSunflower @KapilSharmaK9”

Now, admirers have taken his wishes for the comedy-king as a hint of Kapil-Sunil reunion.

Moreover, Sunil Grover has re-shared a video post of a fan which will take everyone down the memory lane when the actor used to amuse the audiences with his comic timing, insane actions and amusing behaviour on the stage of The Kapil Sharma Show. The video shows the entire cast of the Rohit Shetty directed movie Dilwale. Shah Rukh Khan, Kajol, Varun Dhawan, Kriti Sanon, Johnny Lever and Varun Sharma were the guests of the show in the episode.

Dr Gullati aka Sunil is seen pouring colour powders on self and shaking a leg on the hit song of the movie- ‘Rang De Tu Mohe Gerua’. In the video, Sunil is seen posing SRK’s signature pose of stretching both hands and getting on his knees before Kajol.

The audience at the set are quite excited and cheering up Sunil giving a standing ovation. Sunil captioned the post, “Somehow this makes me emotional whenever I see it.”

Somehow this makes me emotional whenever I see it. https://t.co/i1dgzggQOO

The post shared from ‘turkeycrazyfangiri @srktrgirlfan’ handle has garnered over 11,000 likes and over 1000 retweets in some hours. This indeed shows the popularity of the comedian overseas.

Reports about Sunil making a comeback to the popular show has surfaced several times but the actor has rubbished the speculations and denied that there are no such plans. But, admirers of the show are quite eager to see Sunil back in the show and pair up with Kapil. Being in the team, both Kapil and Sunil have enthralled with their performances for a long-time. But it was heartbreaking for fans when both of them parted ways after Sunil announced not to work with Kapil again following a fight with him.

There is no confirming report about Kapil-Sunil reunion yet, but everyone is eagerly waiting for the big announcement. Isn’t it!