When Kapil Sharma Became Best Host In The Country! 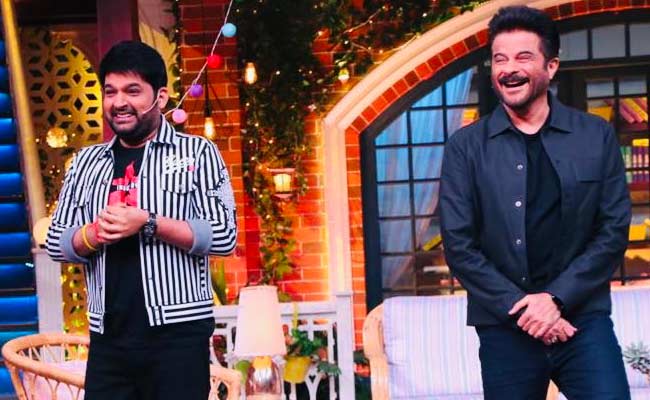 Actor-comedian Kapil Sharma is not only known for his sense of humour and comic timing but has also earned a massive number of fans through his hosting style.

There might be a few contenders of Kapil when it comes to adjudge the best host of an Indian show but recently, one of the evergreen stars of the B-Town, Anil Kapoor, crowned Kapil as the best host in the country.

Kapoor with his Malang team- Aditya Roy Kapur, Kunal Kemmu, Disha Patani and director Mohit Suri had come to the show to promote the movie.

During the show, Kapil didn’t miss praising the evergreen actor and introduced the Tezaab star as the “youngest Malang”.

With the best host in the country @KapilSharmaK9 ❤️?? https://t.co/7psvgwBQKg

Currently, the Malang team is busy in movie promotions as the release date is approaching nearer. The romantic-action movie is slated to release on February 7. As per reports, the movie includes some high-octane action sequences. Apart from the story, the songs composed by multiple composers including Ankit Tiwari and Mithoon among others have already been admired by moviegoers.

Sunil Gavaskar Breaks His Silence On His “Remark on Anushka Sharma”…