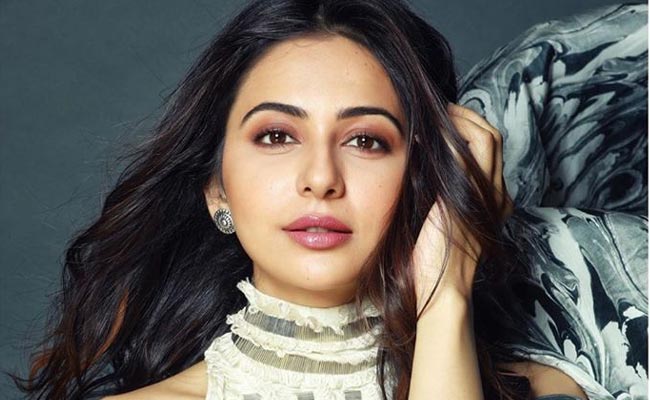 Rakul Preet Singh started her journey in Bollywood through Yaariyan in 2014. But she has always been busier in Telugu and Tamil cinema. In the last two years however, the actress seems to have taken her career in the Hindi film industry quite seriously. She was last seen in Milap Zaveri’s Marjavaan which also starred Sidharth Malhotra and Tara Sutaria in the lead and was released in 2019.

Incidentally, the actress has also worked with Sidharth in Neeraj Pandey’s Aiyaary that released in 2018. De De Pyaar De by Luv Ranjan starring Ajay Devgn and Tabu in the lead was yet another movie of Rakul released in 2019. The actress got good reviews for both her 2019 releases and she even managed to attract a lot of attention from Bollywood producers. But the lockdown forced due to the COVID-19 pandemic may affect the way her career was taking shape.

Rakul Is Missing Her Busy Life

According to the Spyder actress down south she has worked 360 days a year which means she is used to working all through the year. That is why this lockdown is making her uneasy. Rakul recently stated that to keep her mind busy and understand business better she even enrolled for a business administration course online. However, that does not mean that the actress will be leaving the film scenario anytime soon.

Rather she is keen on making it big in the Hindi film industry after becoming a success in the South Indian cinema. And that is why this lockdown is worrying Rakul. She was supposed to have a big release Attack with John Abraham in 2020 and also was roped in for a film with Arjun Kapoor and yet another with Sidharth Malhotra and Ajay Devgn in the lead.

But once the lockdown came into force, everything went haywire and now the producers are uncertain whether they should postpone these movies or drop the idea of taking them forward. Good news for Rakul is that Bhushan Kumar, the producer of De De Pyaar De has decided to come out with a sequel. She was indeed looking forward to it. According to Rakul, “I used to message Akiv (Ali, director) sir, asking when we would do a sequel. I got to know from the news, too. I’m already looking forward to working with the same team again.”

But again, Bhushan has not mentioned whether he will repeat the same star cast or not. So maybe Rakul has a real reason to worry about her career in the B-town.