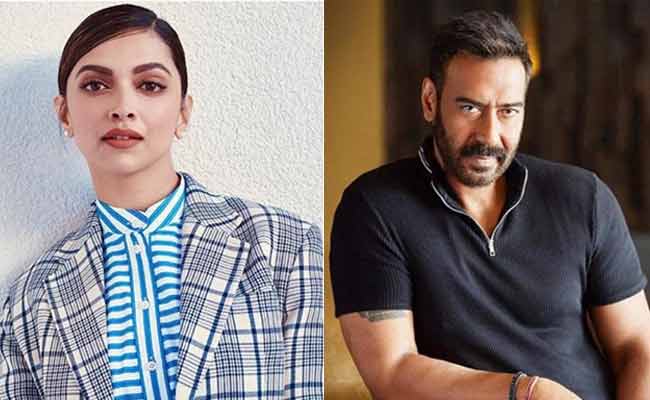 Deepika Padukone is currently the queen of Bollywood and almost all the leading stars of today want to work with her. But she has been very particular about choosing her roles and her co-stars. The “Chhapaak” actor has worked only with selected superstars like Shah Rukh Khan, Akshay Kumar, Ranveer Singh, Arjun Kapoor, and Ranbir Kapoor. However, the star is yet to work with other famous leading men like Salman Khan, Ajay Devgn, Hrithik Roshan, Aamir Khan and more.

With new pairings becoming a trend in 2020, fans are expecting Deeps to sign a project with either of these stars this year. And it seems their wish might soon become true. The “Om Shanti Om” actress whose last project with Meghna Gulzar tanked at the box-office was recently seen at a studio leaving with Ajay Devgn.

The “Singham” star had made it clear during the promotion of “Tanhaji” that if the movie does well at the box-office he has plans to produce more such historical magnum opus based on the lives of unsung warriors who contributed to the motherland. Now that “Tanhaji” has become a superhit, Ajay is keen to come up with a new project dedicated to yet another warrior and bring his tale of valour and bravery to the limelight.

When Devgn and Padukone were sighted together in a studio, speculations went adrift that the “Baadshaho” actor wants Deepika to be a part of this new venture. It can be possibly a movie based on the life of women martyrs like Rani Laxmibai. The “Padmavat” actress has already played a significant historical character in two movies back to back in Sanjay Leela Bhansali’s films. Both of them were highly successful.

That is what makes Deepika the first choice for this new Ajay Devgn movie as it will also depict a historical tale mostly based on the life of a woman.

Data Of 533 Million Facebook Users Being Sold Via Telegram…