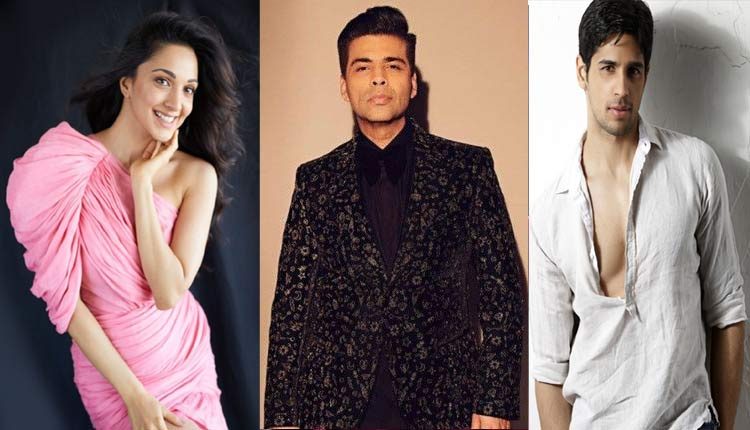 Kiara Advani and Sidharth Malhotra are two hot favourites of Karan Johar. Incidentally, fans also loved it when they were paired opposite each other for Shershaah, a movie that is based on the life of Kargil War Hero Vikram Batra. Sidharth Malhotra debuted through Dharma Productions Student of the Year and before that he worked as assistant director for the house. That is why Karan has always backed Sidharth and offered him projects.

Similarly, when despite getting a big hit like MS Dhoni: The Untold Story, Kiara was still struggling. But Karan made sure that the actress keeps on getting some work and made her a part of Ghost Stories released on the webspace. The Kabir Singh actress herself admitted that the mega-producer and director helped her when she was struggling on the periphery. Thus, both Sidharth and Kiara are close to Karan Johar and naturally, he has an inkling about what is going on in their lives.

Ever since these two young actors have been roped in for Shershaah and started shooting there have been rumours about their linkup. At the start of the year, it was believed that Kiara and Sidharth had gone on a holiday together in Africa as they were spotted at the airport at the same time.  Even the way Kiara and Sid grooved to foot-tapping numbers during the marriage of Armaan Jain triggered rumours about their affair.

Recently during the lockdown, Sidharth even appreciated Kiara during an Instagram session establishing the fact that these two stars are indeed in touch with each other. But are they having an affair? In one of his live sessions, Karan Johar said there are a lot of young pairs like Deepika Padukone and Ranbir Kapoor or Sidharth Malhotra and Kiara Advani that would look good together.

When the interviewer asked whether Kiara and Sidharth already is a pair, Karan did clarify that he is not saying that they already are in a relationship but just that the two would make a great pair. Earlier the director had said that he would love to cast Katrina Kaif and Vicky Kaushal together as they will make a good pair.