Did Anushka Shetty & Naga Chaitanya’s Special Relationship Fizzle Out Due To Nagarjuna? 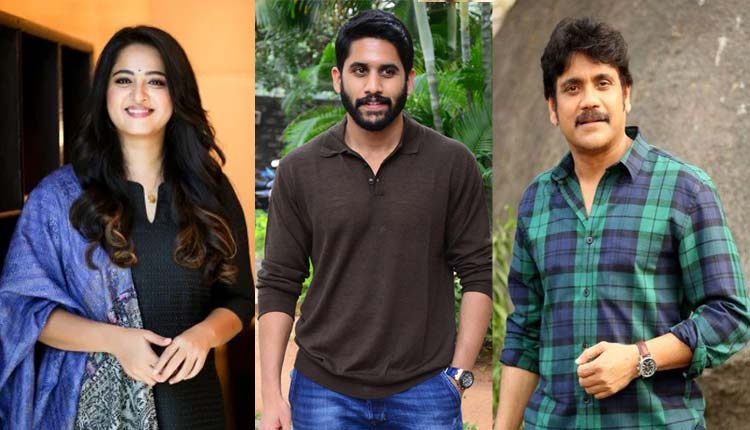 Anushka Shetty’s name has been repeatedly linked with Prabhas in the last couple of years and more. While entire India witnessed their sizzling chemistry in the Baahubali series, Anushka and Prabhas have worked in many movies even before that. Their pair is very popular and fans just want them to settle down together. Time and again both the superstars of the South Indian film industry have denied any such linkup but rumours continue to float.

But before Prabhas, it was Naga Chaitanya with whom Anushka’s name was regularly linked up.

I Had Special Person In Life In 2008, Says Anushka

Similar to Prabhas, Anushka has worked in around 10 movies with Naga Chaitanya. Most of these movies did well at the box-office and after giving back to back hits for years together, many believed that the couple will soon tie the knot. However, both Anushka and Naga Chaitanya never accepted this relationship in public. Despite this certain statements made by the Ragada actress indicate that she and Naga Chaitanya indeed had something going for some time but it fizzled out.

In one of her statements, Anushka Shetty said that she was associated with a special person during 2008 and could have easily given the details had the things worked out between them. But since the relationship did not work out she would better not speak about the other person involved. The actress during one of her interviews revealed, “I have had the most beautiful relationship in the past, around the year 2008, but I can’t tell you who the guy is because it’s something very personal. I would have revealed his identity had we still been together.”

This was the time Anushka was working with Naga Chaitanya in many movies and the two had got very close. Some of the rumours even suggest that superstar Nagarjuna who is the father of Naga Chaitanya did not want his son to get involved with anyone so early in his career and wanted Naga Chaitanya to focus on his work.

After the rumours about their affair started hogging the limelight, it was Nagarjuna who first blasted the media. It was because Anushka’s name was earlier linked up with the Shiva actor who recommended her to a few producers when the actress started her career. Rather Anushka in a way is considered Nagarjuna’s find.

It is expected of actors to be at least cordial with each other if they have worked in multiple movies together. But after these rumours peaked, Naga Chaitanya distanced himself from Sweety and even started avoiding her. It was quite clearly evident during the 2010 Idea Filmfare Awards function where Anushka won the best actress award but both the stars avoided talking and sitting beside each other.