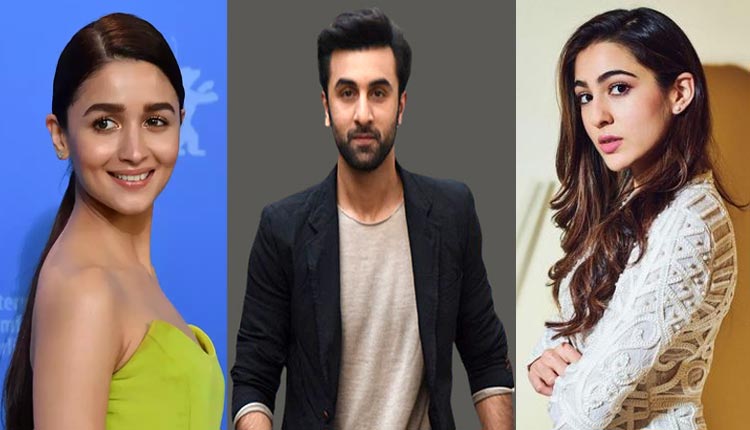 When you see the beautiful film stars with gorgeous bodies flaunting themselves in front of the cameras everyone wants to be just like them. While many are naturally gifted with beauty or shapely figure, not everyone can look like a diva or a model. So are these stars and fashion models naturally bestowed with such a wonderful physique or do they have to work hard to look the part of the glamour world?

Recently during an interview to BBC Asian network, celebrity nutritionist Dr. Siddhant Bhargava revealed exactly how these stars maintain their body and shockingly even compromises their health to look good on the screen or during an event.

Siddhant who is considered as a Body Doctor by many A-listed Bollywood stars was first approached by Sara Ali Khan who wanted to look crisper and sharper for her debut movie Kedarnath. She was followed by Soni Razdan, mother of Alia Bhatt, and eventually Alia herself who is now one of the major supporters of this young doctor in the film industry.  Naturally, Ranbir Kapoor is also one of his clients followed by Bhumi Pednekar. From arranging a schedule on what the celebs should eat to sending those meals that are exclusively designed keeping in mind the metabolism and taste of the celeb, this doctor does it all.

While it is his job to ensure that a young actress like Alia continues to have a strong metabolism even at 40 years of age, he has some shocking revelations that somehow are not healthy enough. According to Siddhant models or actors usually eat very less before they have to go in front of the camera or walk on the ramp. They also use diuretics that make them pee a lot so that the excess of water causing bloating is drained out and they look sharper, crisper, and chiselled than they are. But this practice makes them lose a lot of good nutrients from the body.

Another thing they do is cutting down the intake of all salts three days before the shoot. They also cut down all the carbs as it also stores water in the body. These stars also take something that cleans their bowels completely which can be similar to diarrhoea. Siddhant says it is like messing with the body’s system and he usually tries to stop them as doing it ultimately can do more harm.

Similarly, some models inject themselves with typhoid injection to get diarrhoea-like symptoms so that all the excess comes out of the body but eventually they also end up losing minerals and salts that are so essential for good health. According to health experts, common people should never try to follow these habits of stars that use steroids to get into shape for a movie and immediately put on huge weight to look the character in their next.

The famous nutritionist to Alia Bhatt and Sara Ali Khan confirms that celebs do use anabolic steroids when they have to shift from one body type to another. Siddhant says it is not easy to get into six-pack abs for the role, become fat for another and then again regain the six-pack abs in a short time. The celeb nutritionist also busts the myth that the stars look like actors in their real life. Rather he says they are exposed to a lot of treatment to look in that way all the time. The tons of makeup that they wear every day takes its toll on their body and hence these stars have to keep on taking antioxidant injections apart from regular Botox treatment to reduce aging signs.