Alia Bhatt in the list of Ranbir Kapoor Ex-Girlfriends 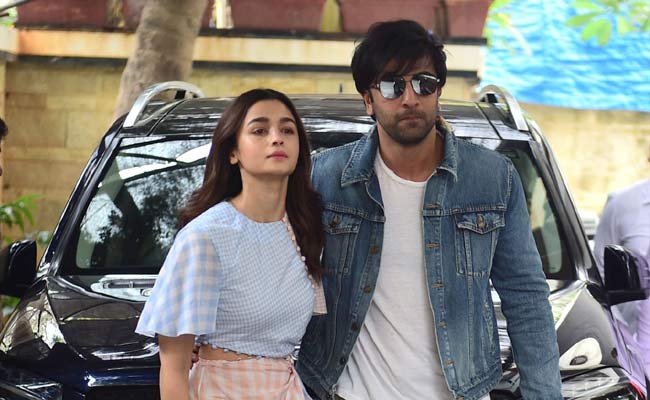 The celebrity couple Alia Bhatt and Ranbir Kapoor romance triggered on the sets of “Brahmastra” which is helmed by Ranbir’s close friend Ayan Mukherjee under Dharma Productions. It has been more than a year now that their romance has become official and everything seemed to be normal until now. From going together at events and family functions to gracing marriage ceremonies hand-in-hand, Alia and Ranbir were everywhere together.

Alia was often seen with the Kapoor family, especially Neetu Singh and Rishi Kapoor and even visited the latter in the US last year when he was being treated for cancer. She was accompanied by Ranbir during this visit. The Bhatt and Kapoor families met on lunch and dinner, Ranbir even discussed his relationship with Alia with her father Mahesh Bhatt and everyone was hoping that the two will take their relationship to the altar.

Although Alia and Ranbir have been dating each other, the couple constantly denied planning their marriage. Fans expected the popular couple to announce their wedding date last year and many speculated that they are holding it because Rishi Kapoor was not keeping well. But the confirmation never came from Alia or Ranbir.

Also Read: Ranbir Kapoor Vs Ranveer Singh: Who Will Win In 2020?

The speculations about their breakup became strong when on Alia’s birthday; there was no presence of Ranbir Kapoor. The “Raazi” actress spent her birthday on 15th March with her sister Shaheen and her friends. Wishes from everyone in the film fraternity including her mother Soni Razdan and Neetu Singh poured in but there was no picture or message from Ranbir.

The “Saawariya” actor is not active on social media and hence it is expected that there may not be any message from him online. But when despite being in Mumbai, Ranbir chose to stay away while Alia spent her birthday with her girl group; fans suspected that there is something wrong with the couple. Photograph of last year showing Ranbir kissing Alia with Arjun and Malaika in the background circulated all over the internet on her birthday, but no fresh evidence of her being with Ranbir came to the forefront.

Happy Birthday my baby girl ! To me this is how you will always feel. A sweet little baby that I need to look after and make sure your life is going as per plan. Of course these days I am not required to look after you much and that’s as it should be. But once a mother as they say …. all I wish for you is to stay safe and healthy particularly in these days of health anxiety. So this year my birthday wish is all tied up with good health ! Have a wonderful day today and a healthy safe and at the same time productive year to come. Wish you all happiness my darling, you work so hard doing what you do. This year I hope you have a super successful year and also have a little more time for yourself. To breathe, to relax and to just do nothing once in a while. So cheers to that ! Lots of love always and always … Mama ♥️♥️♥️

Ranbir And His Breakups

Both Alia and Ranbir have their share of breakups from previous relationships. After “Student of the year” Alia was constantly linked with Sidharth Malhotra but after a year or more both the stars went their way. Ranbir’s first co-star was Sonam Kapoor with whom he had a brief fling and their affair and breakup were never highlighted as the two were not big stars at that time.

However, next, he was linked with Deepika Padukone who was so passionately in love with Ranbir that she even tattooed his name behind her neck for everyone to see. Deepika is now happily married to Ranveer Singh but had a tumultuous relationship with Ranbir. Recently she came out how her ex-boyfriend cheated on her and begged for forgiveness. The “Om Shanti Om” actress forgave him but he cheated on her again.

You May Also Like: This Is What Alia Bhatt Eats To Stay Slim; Watch Her Cooking

Many believe that she is referring to none other than Ranbir Kapoor as her next affair with Sidharth Mallya was short-lived. Ranbir ditched Deepika for Katrina Kaif but after a few months together and a live-in relationship for almost a year, the two parted ways. Thus, Ranbir has never been in a steady relationship which is why if he part ways with Alia it would not come as a shock to his fans and family who know him so well. So, is Alia on the way to become another ex-girlfriend of Ranbir Kapoor or was he very busy on 15th March this year?