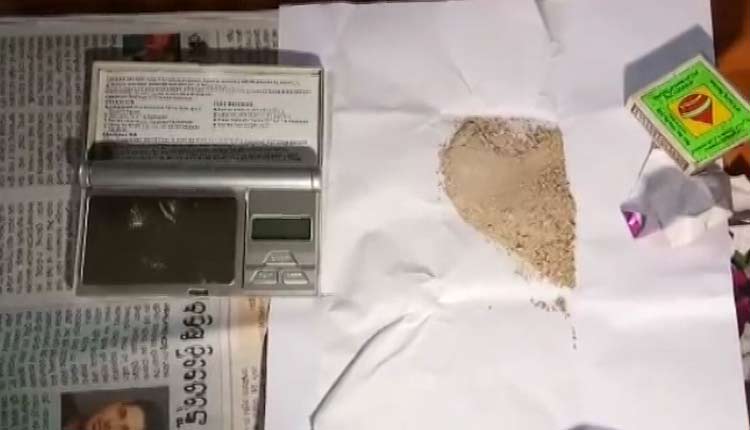 Kendrapara: A team of Aul Police arrested a drugs peddler and recovered brown sugar worth Rs 2 lakh during a routine motor vehicles (MV) checking on Wednesday night. The accused has been identified as Ramakant Das of Pattamundai area.

Salil Pradhan, Inspector-in-charge of Aul Police Station informed that two teams were conducting regular motor vehicles checking on the direction of district SP yesterday. On suspecting the activities of the accused, who was travelling on a two-wheeler, one of the teams stopped him and recovered brown sugar weighing seven grams from his possession.

Senior police officials informed that further investigation to ascertain the involvement of others involved in illegal narcotics trade is underway.