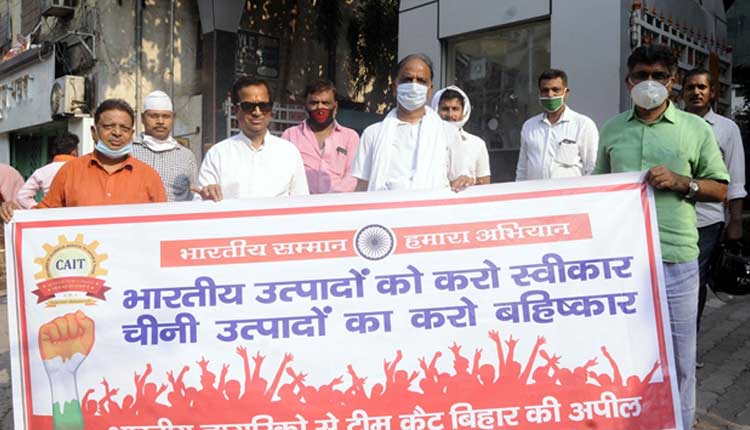 The development comes as the India-China faceoff in Galwan Valley in Ladhak turned violent on Monday, leading to multiple casualties on both sides.

The CAIT said that the objective is to reduce import of Chinese finished goods by $13 billion or about Rs 1 lakh crore by December 2021.

At present, India imports about Rs 5.25 lakh crore, i.e. $ 70 billion, worth of goods annually from China.

“In the first phase, CAIT has selected more than 500 broad categories of items which include more than 3,000 items which are made indigenously in India also, but succumbing to the temptation of cheap items, these were being imported from China until now,” CAIT said in a statement.

“Manufacturing of these items does not require any sophisticated technology and even if they do, India is well equipped and therefore the goods manufactured in India can be used very easily in place of the Chinese goods which will reduce India’s dependence on China for these goods,” it added.

At least 20 army personnel were killed in a violent clash with Chinese troops in eastern Ladakh’s Galwan Valley on Monday night, the Indian Army confirmed on Monday.